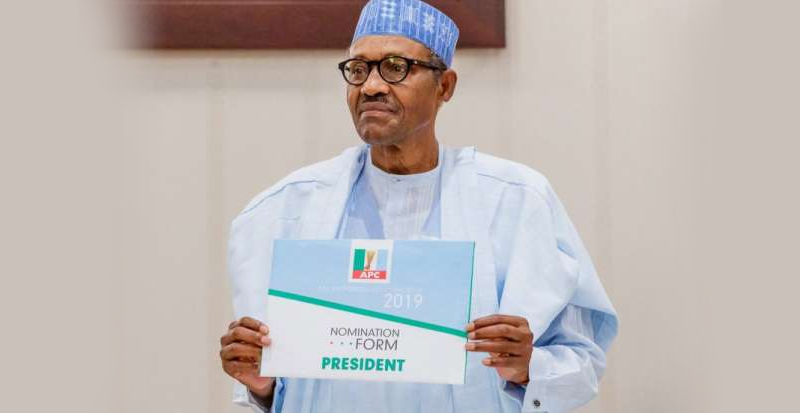 The National Democratic Front (NDF) has described the recent dust being raised on the President Muhammadu Buhari’s Certificate saga as “unnecessary and a needless campaign of calumny” by the opposition Peoples Democratic Party (PDP) to divert attention from the issues affecting the country.

In a press statement made available to journalists in Abuja, NDF national president, Comrade Audu Auwulu said his organisation is not surprised that instead of addressing any of the numerous challenges affecting the country, the opposition party is making attempt to trivialize the presidential contest.

Auwulu berated the opposition party, saying it clearly does not understand the enormity of the presidential poll, and is only trying to distract Nigerians from the achievements the country has recorded under Buhari’s administration.

According to him, the certificate saga is already a rested issue and will not be a deciding factor in 2019 election, stressing that it is sad that the PDP could not come up with something new and substantial to make the discourse about the elections issues based.

He said for the records, President Buhari sat for the university of Cambridge/WAEC examination where he passed the examination in the second division in 1961, with registration number: 8280002 amongst other notable Nigerians like former Chief of Staff at Supreme Court, Shehu Musa Yar’adua and a former President of Court of Appeal and many others from the Provincial Secondary School, Kastina.

He said besides, the constitution is very clear on the educational requirement for vying for office of the President.

He explained that instead of being bogged down on a matter that has no bearing on how Nigerians will vote in next year’s elections, the Democratic Front proposes that the electorates should rather focus on asking pertinent questions.

According to him, if there is anyone who is capable of presiding over the affairs of the country at this point in time it is president Buhari

He stated, “NDF wants to hear real issues being discussed as it has long been settled that PMB has both his WAEC and other higher qualifications to be President of Nigeria. We would rather ask the PDP some pertinent questions.

According to him some of the questions Nigerians need to ask is what would happen if Nigerians allow known looters back into power after enduring the pains of reforms for almost four years?

“If President Buhari can achieve the much he did in under four years in spite of the damage done to the country by the PDP how much more will he achieve in his second term after setting the foundation for prosperity in the first tenure?

“Can a man like Atiku Abubakar who is insincere in declaring his income be trusted to correctly tell Nigerians how much the country is earning?”

“As far as we are concerned, trying to renew controversies over President Buhari’s academic qualification is a dead issue and a needless distraction. Our hope is that they will learn like other patriotic Nigerians to move forward. It is a pity that rather than galvanizing Nigerians to ask probing questions from those aspiring to lead, the opposition is interested in keeping people entertained and distracted over complete non issues.

We want more than SGF in 2019, South-West PDP demands from Atiku