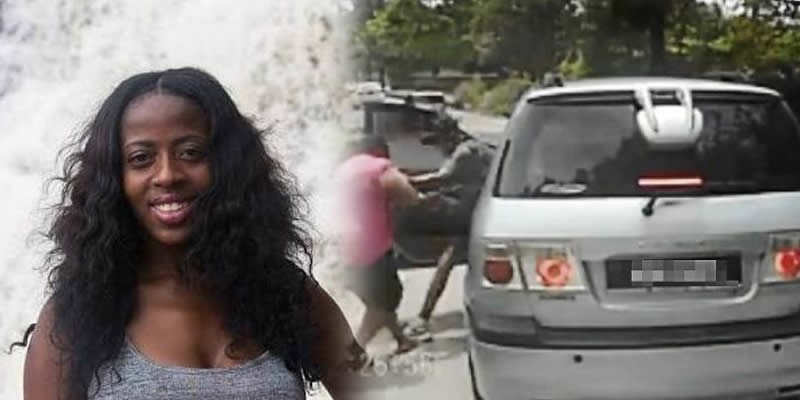 There is a popular saying -The streets are not smiling- that is used to describe how easy it is for one to be swindled on the streets of Lagos.

A Nigerian lady, identified on Twitter as Bimbo Olagunju (@CallMeAbimbola), took to the site to narrate her experience in the hands of a young man she later realised was up to no good.

According to her, she gave the guy a lift, and after a while he asked that he drive instead because he is not comfortable with a lady driving him.

Rather than complain, Abimbola just parked the car, waited for the passenger to get down, then she drove off.

See her tweets below:

Offered a guy a ride from Yaba to Obalende this morning. Just as we’re approaching Alagomeji, uncle asked me if he can drive. Said he’s not comfortable being driven by a woman. I parked and told him to come and take the wheel. Once he got down, I just zoomed off. Arrant nonsense

Funny thing is the guy is quite young. He can’t be more than 25. How can someone that young have this sort of mentality?

I actually did not think that the guy could have wanted to get away with my car at the time. Now that I think of it though, that’s a big possibility. We need to be careful out there. These thieves now have different ways of operating

READ: Man escape death as tree falls on his bed few moments after waking up

So someone just pointed out to me that I’m supposed to shout out my business here. Thanks for letting me know.

Anyways, I don’t have a business of my own so I’d rather dedicate this tweet to @YUMbyDesi. Their Shawarma is truly and sincerely awesome. Please check them out.

I didn’t even think of that. My first impression at the time was “what kinda unfortunate human being is this one”.

Wow. The nerve!! As a rule, I don’t give anyone a ride,ever.

You have such a good heart. May the kindness you show others always come back to you. God be with you dear.

One needs to be extra careful and smart, especially on the streets of Lagos.

In other news NANreported that a man took to Twitter to explain why some ladies are so demanding.

A Nigerian man identified as Chi (@jajaphd) on Twitter has publicly revealed why some young women are so dependent on their boyfriends. They cannot buy nor do anything without asking him for money.

However, the young man was quick to attribute the menace to the current state of the economy. In his words he described it as ‘chronic poverty in the land’ which makes girls demand a lot of money from their lovers.

He added that, poverty has also made some parents encourage their daughters to get into a relationship for financial purposes as this would help them the girls take care of responsibilities at home. You may also like to read; Popular Ghanaian slay queen reportedly dies mysteriously