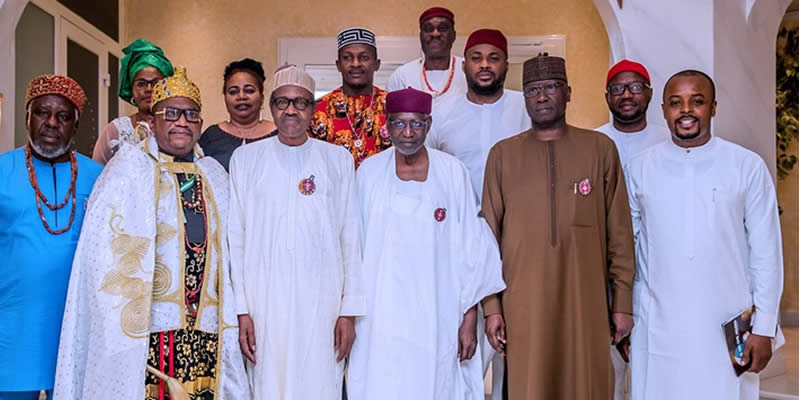 President Buhari today took a swipe at the opposition party, PDP, seeking to return to power in 2019.

According to President Buhari, if PDP had ruled the country well and put the nations’ resources into good use Nigerians wouldn’t have been bothered about who is in power.

President Buhari said this when a group from the South-east part of the county under the aegis of One on One Nigeria, visited him at the state house Abuja.

“We are trying to organize the country. The extent of mismanagement we met when we came was mind-boggling. Many times, I have spoken about the tremendous resources available to us between 1999 and 2014, and how it was frittered.

READ: 2019: Bola Tinbu Reacts To The Allegation Of Working With Atiku To Defeat Buhari

If only they had used just 25% of it on infrastructure; road, rail, power, Nigerians would mind their own businesses, and not bother about whoever was in power. The casualty figure on our roads daily is simply scandalous. No wonder they are in opposition now, despite all the power they thought they had.” President Buhari said

The group, led by Chief Chido Obidiegwu, described President Buhari as the “grandfather of war against indiscipline and corruption, nightmare of insurgents, Mr Food Security, consolation to pensioners, and Mr Frugality,”.

2019: Tinubu made a “foolish mistake” with Buhari, Yorubas will vote Atiku – Afenifere