A photo is making the rounds, where Emeka Ihedioha was crying profusely shortly after he was sacked as governor of Imo state by the Supreme Court of Nigeria.

WITHIN NIGERIA recalls that the apex court sacked him and declared Hope Uzodinma of the All Progressive Congress(APC) as the duly elected governor of the state.

Hope Uzodinma was subsequently declared winner of the election by the Supreme Court who directed INEC to withdraw the certificate of return given to Emeka Ihedioha and present a new one to the APC governorship candidate.

Meanwhile, the ruling has sparked reactions from Nigerians with some wondering how Uzodinma who came 4th during the poll was declared the winner of the election. 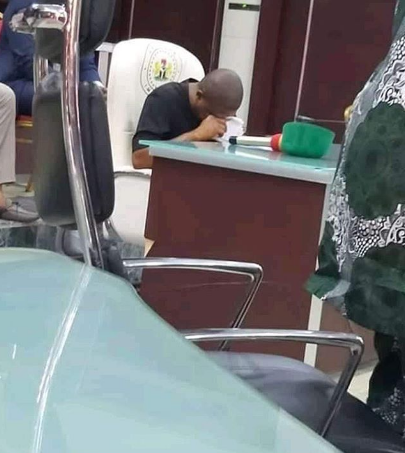 Okorocha reacts as Gov. Uzodinma launches investigation against him