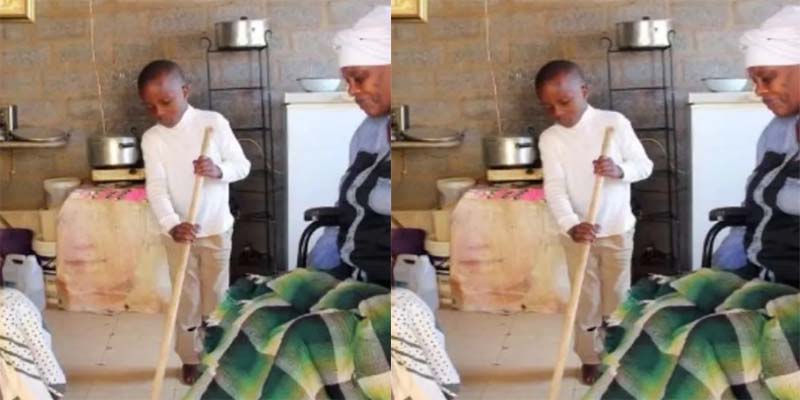 Meet The 7-Year-Old Who Is Already The Man Of The House, Sifiso Baloi

Sifiso Baloi, seven, dreams of going to school and becoming a cop one day but, instead he acts as a caregiver to his relatives.

When Baloi was just a baby, his mother left him with his grandmother. However, the gogo was diagnosed with Guillain-Barre syndrome, a condition which leaves people paralyzed. 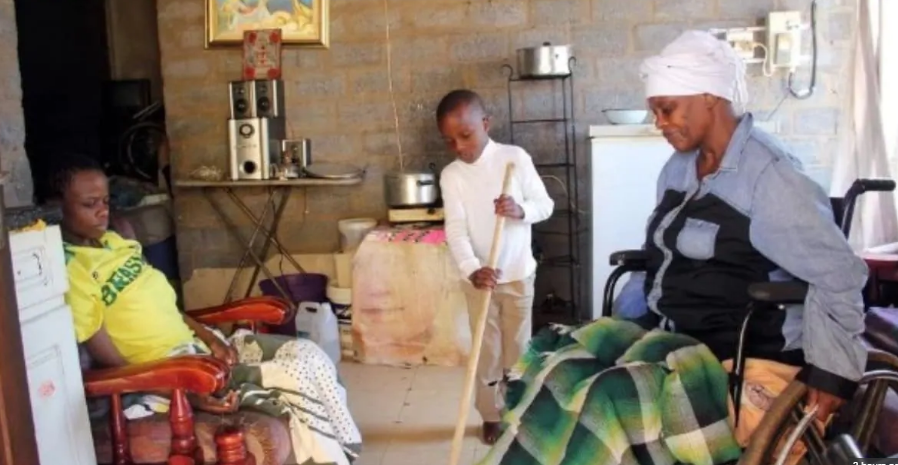 The disease caused 51-year-old Ntombikayise to heavily rely on her grandson since he was only three-years-old. Daily Sun reported Ntombikayise said it was a struggle raising a small child while confined to a wheelchair.

So, she would teach him how to household chores, including cleaning and cooking. From there on the young man has become a primary caregiver in his home. His grandma did, however, say that she keeps an eye on him to make sure he does not burn.

Baloi not only has to look after his gogo, but her 21-year-old daughter as well. We learned she woke up one morning and her legs were hurting. Doctors could not find the cause and today she too is paralyzed. The young man said he enjoyed cooking, especially meat, but he dreams of becoming a policeman one day because he wants to catch murderers and other thugs.