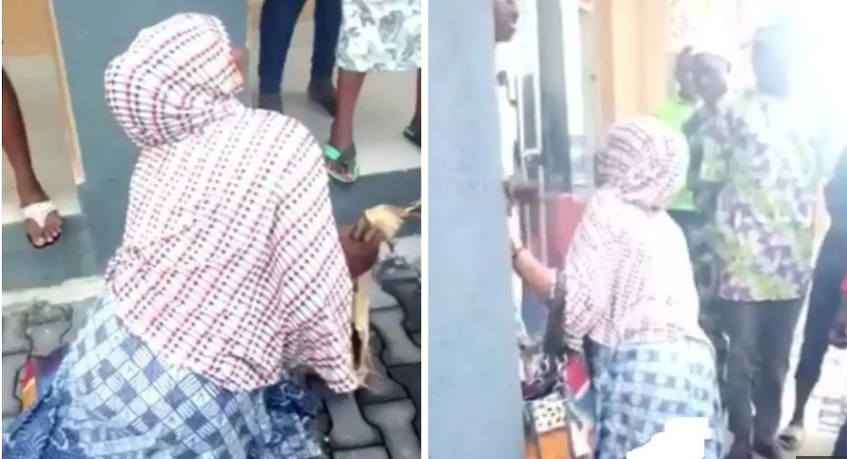 A woman wearing Hijab was caught stealing stockfish in Ajah earlier today. In the video, it can be heard that she came with another man to perpetrate the atrocity.

While a lot of people choose to view life in black and white, a story of a woman who was caught stealing fish, has forced many to acknowledged the grey areas.

The video which has been circulating the internet, shows the unidentified woman profusely pleading after she was caught stealing stockfish in Lagos. In the video, she is seen holding the large preserved fish while begging the woman believed to be the owner of the stolen goods as a small crowd of shocked and angry people stand by watching the whole display.

While she as begging, the woman she apparently stole from said, “That your Allah, you have disgraced him,” and she says, “I know.”