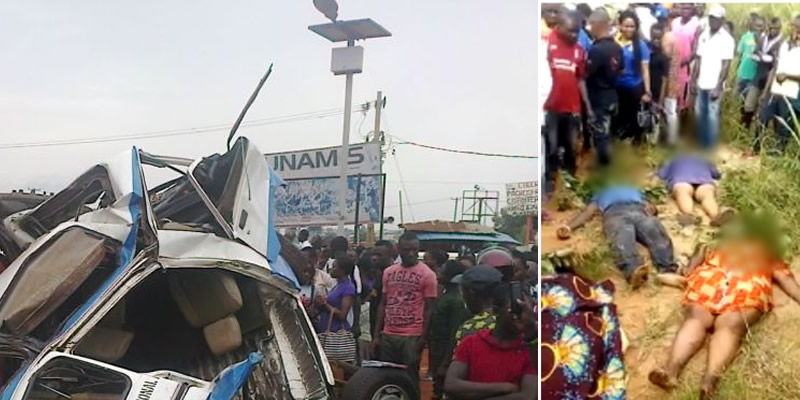 An accident on Saturday at Nkwelle Ezunaka junction in Oyi Local Government Area of Anambra State claimed the lives of a man, his wife, daughter and mother-in-law.

It was gathered that the accident involved a tipper lorry and a car. The victims, who were rushed to a nearby hospital were confirmed dead on arrival.

Confirming the incident, the Police Public Relations Officer in the state, Haruna Mohammed said the corpses of the victims have been deposited in a morgue.

Mohammed said, “There was an accident involving a tipper and a Toyota Camry car along  Nkwelle Ezunaka junction in Onitsha.

“The accident occurred when the two vehicles had a head-on collision. As a result of the accident, the driver of the Toyota Camry, one Mr Godwin Akaeme and three other passengers in the car comprising his wife, daughter and mother-in-law, whose names are still unknown, sustained various degrees of injuries.

READ: 3 confirmed drowned after a ghastly boat accident in Lagos

The PPRO said the tipper driver, one Ebuka Ekene, who sustained minor injuries was treated and subsequently arrested.