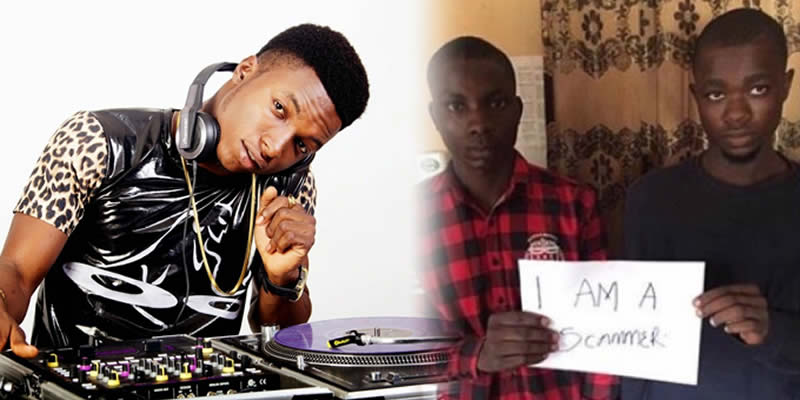 The Nigerian police has arrested two fraudsters who posed as DJ Kaywise on social media platforms, to defraud unsuspecting upcoming artistes and DJs.

The fraudsters identified as David Onyema and Ani Hyginus Okonkwo, had opened a Facebook page in the name of DJ Kaywise which they used in promising victims interviews and airplays on Soundcity radio, at a fee.

However after their arrest, the suspects who were shamed were also forced to sign an undertaking, promising to desist from such act.

Recall that few days ago, the popular DJ was involved in ghastly motor accident. DJ Kaywise and DJ Spaxx were both on their way to the airport when the accident occurred, leaving Spaxx and the driver injured. Kaywise, however, came out unhurt.

Another related topic; Pastor Shares Photos Of Fetish Items And Name He Found After God Allegedly Led Him To A Bush In Anambra

80% of Ghanaian musicians are fraudsters – Ibrah One