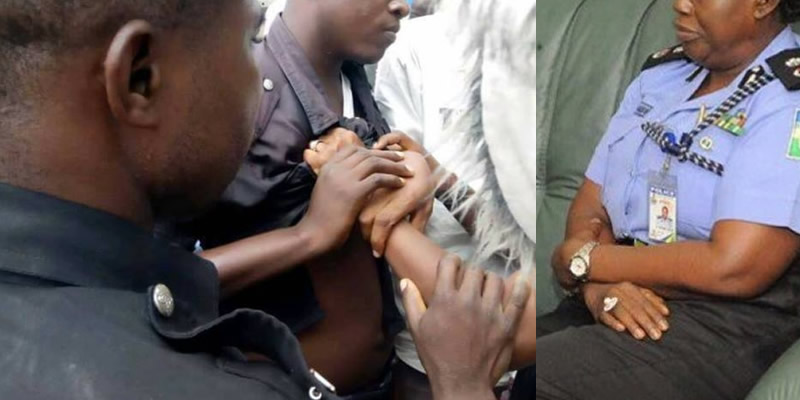 Female Colonel slaps policeman in Lagos for calling her a prostitute

A female colonel reportedly slapped a policeman who called her a prostitute, while on a road trip with her boyfriend in Lagos.

Twitter user @ucheodege who shared the story of the incident involving the policeman and the female colonel wrote;

Just Now: Monday Nov 12th, 10.45am A group of police stopped a guy with his girl friend. Demanded for identification. The policeman inside d car was already telling others that the girl can never have identity as “she is an ashawo”. The lady was very silent.

I went closer to talk to the police. I told him I know of someone who has been working hard to ensure police is reformed. The policeman asked, “is it SEGA @segalink ? The lady said “wait it’s not yet Sega issue, I can handle it”

I immediately realized that both the police and the lady know @segalink . The next I saw was a HOT slap on the policeman’s face. She now identified as a Colonel. Now the policemen are apologizing for their loud mouth. 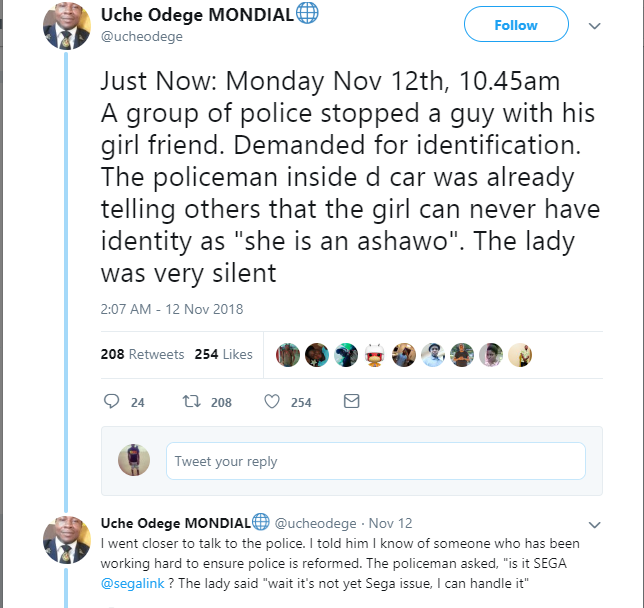 Another interesting topic; 65-year-old man dies during sex with lover in Anambra Hotel

Impeached Anambra Speaker, Maduagwu says ‘Nobody can impeach me’