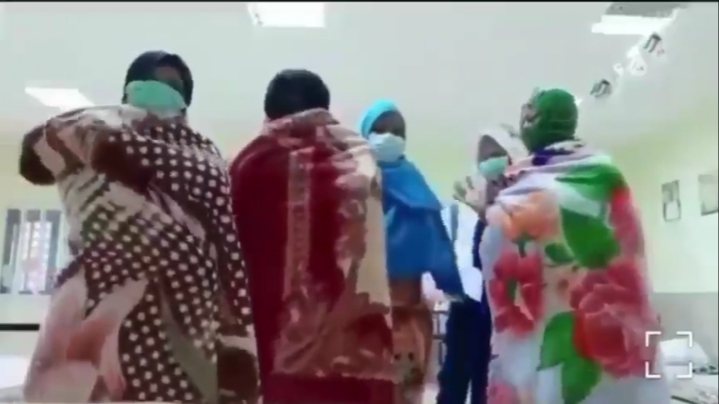 Video of four Kuwait-based Nigerian women appealing to the Federal Government to evacuate them from Kuwait due to Coronavirus pandemic has surfaced online.

Among the four women, a yet-to-be identified woman revealed that they have been requested by Kuwait government to leave the country and later come back to the country after the end of the COVID-19 pandemic.

While stressing that other Africa countries have evacuated their citizens from the country, the woman said they are still roaming in a segregated place Kuwait government put them because they have not been evacuated from the country.

Another woman who was part of the four women in the video said the Kuwait government made provisions for free planes to convey all African immigrants to their respective countries but they are experiencing delay at the Nigerian embassy.

The woman who wrapped herself with clothes disclosed that they are still in Kuwait due to excuses given by officials of Nigeria embassy.

90 percent of staff at Ghana education ministry test positive for…