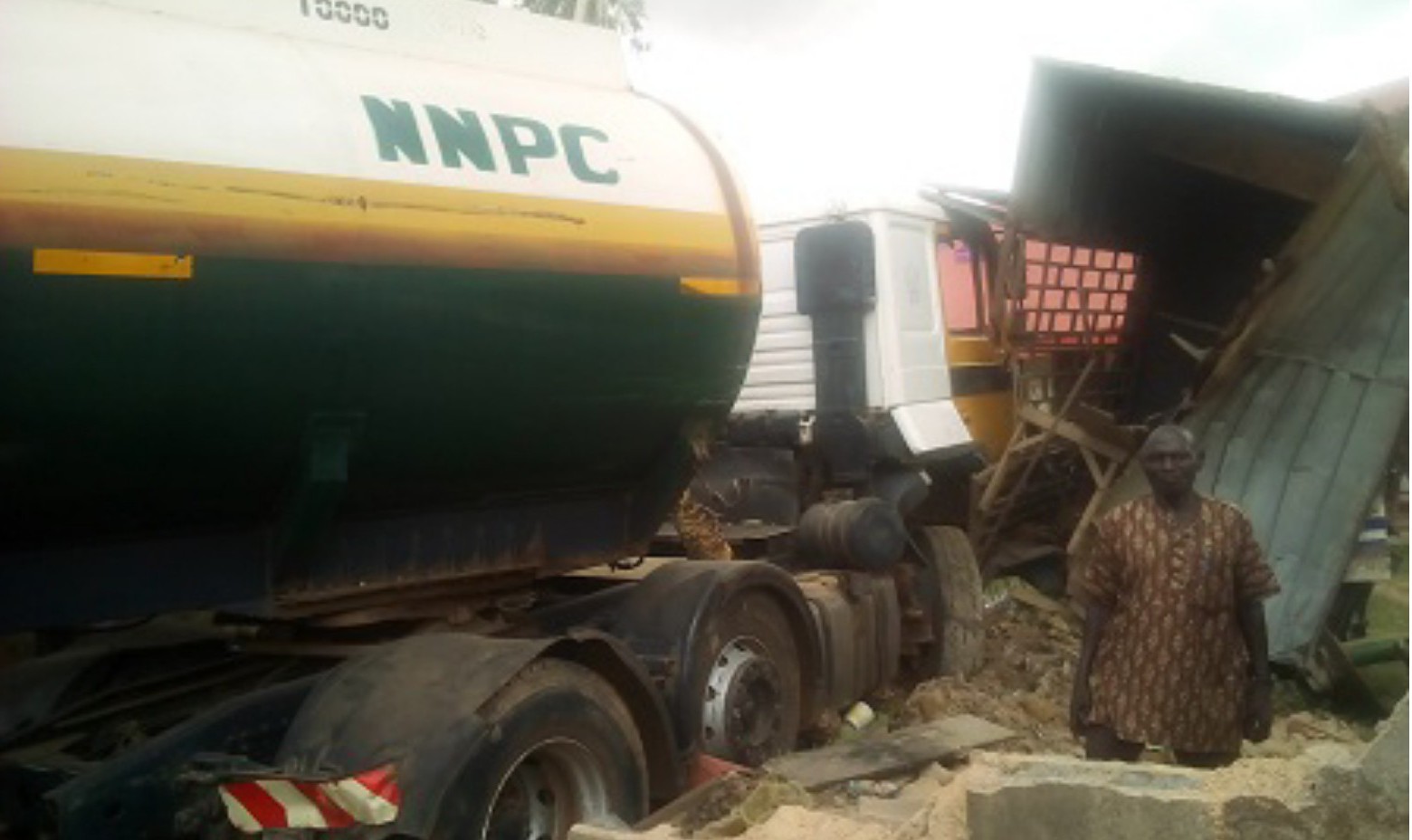 Tragedy struck on Saturday in Jos, Plateau State when a 45,000 capacity laden truck with petroleum suddenly lost control and rammed into several vehicles including pedestrians at Polo roundabout in Jos North local government area of the state, killing atleast one person and leaving twelve others critically injured.

Eyewitness account said that the ugly incident occurred at about 11:34 am when the driver of the truck with the registration number Abuja RBC 141 XB lost control of the vehicle due to brake failure and could not maneuver the truck to a stop as he approached Polo roundabout.

It was gathered that the driver rammed the truck into several vehicles including seven commercial tricycles with passengers before it finally crashed into the fence of Saint John College where some people sustained severe injuries.

Sources at the scene of the accident said that the driver and other two people in the truck suddenly jumped out after the crash and ran into the College to avoid being lynched by the people within the vicinity.

Reacting to the accident, the Media Officer of the Federal Road Safety Corps Plateau Command Mr. Andrew Bala confirmed the accident said one person was killed in the crash while 12 others sustained injuries and presently receiving treatment at Bingham University Teaching Hospital Jos, Plateau State.

Bala who blamed the mechanical deficient vehicle for the accident said the driver of the truck lost control as a result of brake failure and rammed into seven tricycles and three other cars.

He, therefore, appealed to drivers to always maintain their vehicles and drive at minimal speed anytime they are driving within a township.