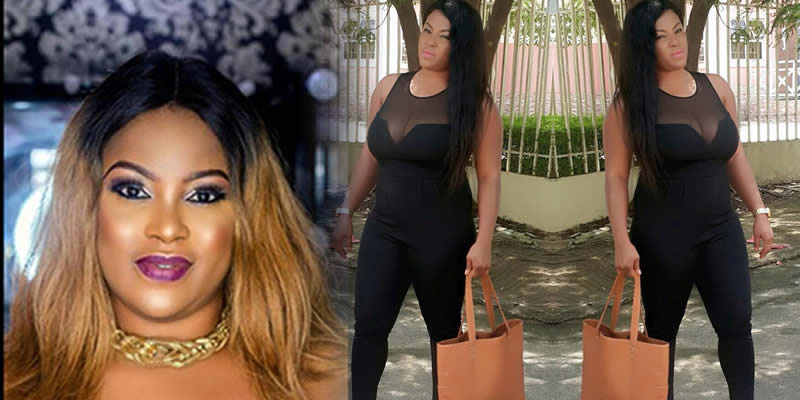 Why I Don’t Flaunt My Big Boobs – Actress Peggy Onah

Actress Peggy Onah is blessed with big boobs. The Enugu State University graduate of Mass Communications has eventually revealed why she does not flaunt her enticing boobs.

“I’m very busty but it is not something I flaunt at will. It’s my selling point but it’s not as if it has made way for me. For the jobs I do, I don’t even expose my boobs. I won’t say it’s my boobs that made way for me in the industry. I have only had to flaunt my boobs once or twice in a movie.”

“I’ve had to refuse some boobs-flaunting roles for personal reasons. I want to work with my talent and not with boobs and if I have to flaunt it while I’m working, It will depend on the character I’m playing. It’s not as if I want to be getting jobs with my boobs.”

“I was supposed to play a bad girl role and I used the opportunity to flaunt it, because I’ve never flaunted it before. I had to flaunt it so that they’ll see what I have and maybe get similar jobs by so doing. It’s my selling point. It’s full, cute and sexy.”