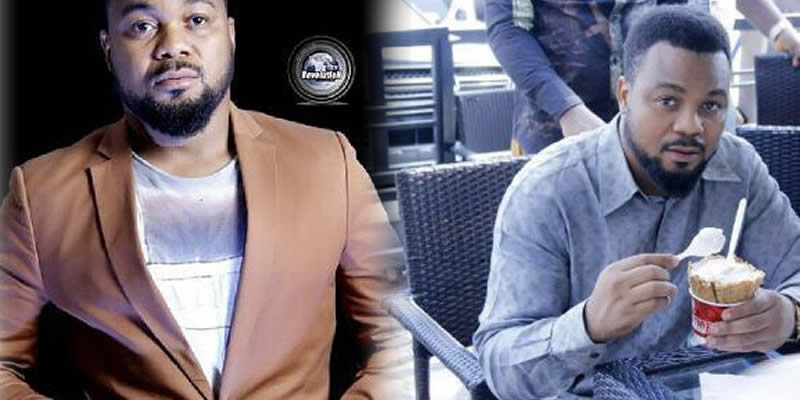 I am neither a fraudster nor gigolo – Adeleye Adeshile

After uploading the picture of two new cars said to belong to him on his Instagram page, some people insinuated that he must have got the money to acquire the cars through fraudulent means or by being a gigolo.

In a telephone conversation with Saturday Beats,the actor who is now based in the UK, said he made his money by working hard and not by defrauding people.

He recalled that when he was still acting in Nigeria, he had challenges paying his bills, so he had to open a boutique to augment his income.

“Some of the people who made comments said acquiring a car is not an achievement, I don’t mean to brag but I have other things that are worth more than that. One of the cars was my birthday gift, and the other one was a gift to my mother. That was why I bought two cars.

“My life doesn’t end on social media; I am a very private person. When I got broke, I was not able to keep up. Movies paid me less money than my business so I leveraged on the fame that came from movies to run my boutique. People always wanted to buy things from me because they knew me on screen.

“There are many luxury things I do that I don’t post on my social media platforms. Before I left Nigeria, some people thought I was a gigolo because of my lifestyle and the kind of cars I drove. Some of them also thought I was fraudulent, but I work hard for my money.

“I only shared my recent post because I wanted to motivate people with my story. They were questioning me because I said I moved to Egbeda, Lagos when things got bad for me. Many people do not even know that I was born into a rich family; my father has nine houses and one petrol station,” he said.

Adeshile also explained how he struggled to survive while he was broke; shedding more light on the reason he had to move to Egbeda after things became difficult for him financially. He noted that despite the fact that he was going through some economic constraints, he was still driving a luxurious car before he had an accident.

“When I moved to Egbeda, I was living a quiet life. There was even a time when I had no money and the only thing I had was a visa. It was even difficult for me to raise money to get a plane ticket. My family members bought a ticket for me and I was able to move out of the country.

“After a while, I moved back to Nigeria and immediately, I got an endorsement deal with a property firm in Abuja; this made me get back on track. I made plans and I finally moved back to the UK in 2016 to continue work. I got a good paying job in London and I was still acting, which is where the money came from.

“The period I moved to Egbeda, I was still driving a 2012 convertible, even though I did not have enough money. In the middle of these challenges, I had a terrible accident with my car; it rammed into a truck on Fatai Atere Road in Mushin.

“Things just got worse for me; movies were not really paying my bills but it opened other doors for me as an actor. In the middle of all these, I had a child in England so I had to cater for her; the bills were too much for me. I could not keep up.

“In a week, I had to send a minimum of £500 to my child; money was not coming in because people owed me a lot while I was running my boutique. I uploaded the pictures of my cars to appreciate God and encourage people who have given up,” he said.

You may also like; Actor Kunle Afolayan distances himself from brother’s rant over his Lagos airport experience