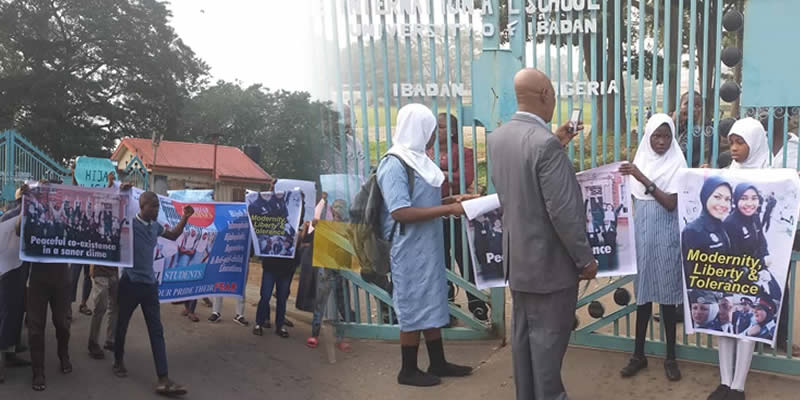 The International School Ibadan (ISI) has been shut down indefinitely following a protest by the Muslim students demanding that the management of the school allow them wear hijab.

The atmosphere in the school has been tensed for weeks following the faceoff between the parents and school management over their position that ‘no student would be allowed to wear hijab within the school premises’.

On Monday morning, a Muslim student was turned back after she arrived the school premises wearing a hijab. Immediately, parents and students suspected to be from the University of Ibadan and who are of the Muslim faith, stormed the school’s main gate in protest.

Seeing that the situation was getting out of control, the principal of the school ordered that the school be closed until further notice, when all parties have deliberated on it and a unilateral decision is taken.

You may also like to read; ASUU Strike: Parents Beg Lecturers To Suspend Action