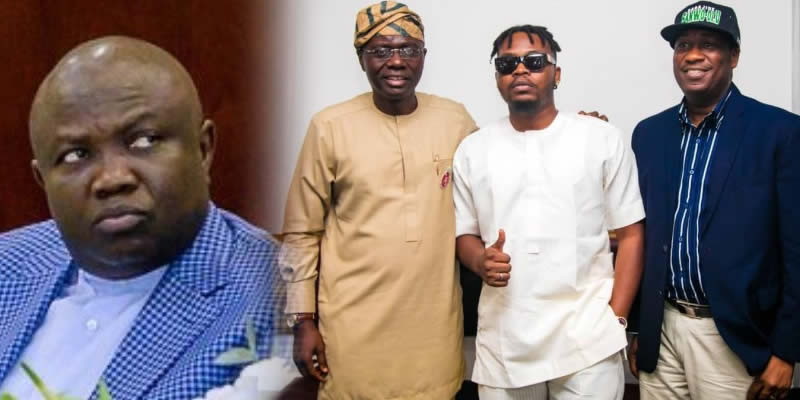 Rapper, Olamide lambasted On Social Media For Meeting With Sanwo-Olu

“@olamide_YBNL stopped by the office today for a visit with the YBNL crew.

It was a good visit.

READ: Olamide takes his son on a trip to Disneyland (Photo)

“Media and entertainment will not be left out in our plans of taking Lagos to a greater height.” he tweeted.

However, Nigerians have reacted to this because Olamide was at the forefront of supporters during Ambode’s bid to become Governor of Lagos in 2015. He even featured in some of the Lagos State Government advertorials on TV in which he chorused the name of Ambode like his life depended on it. 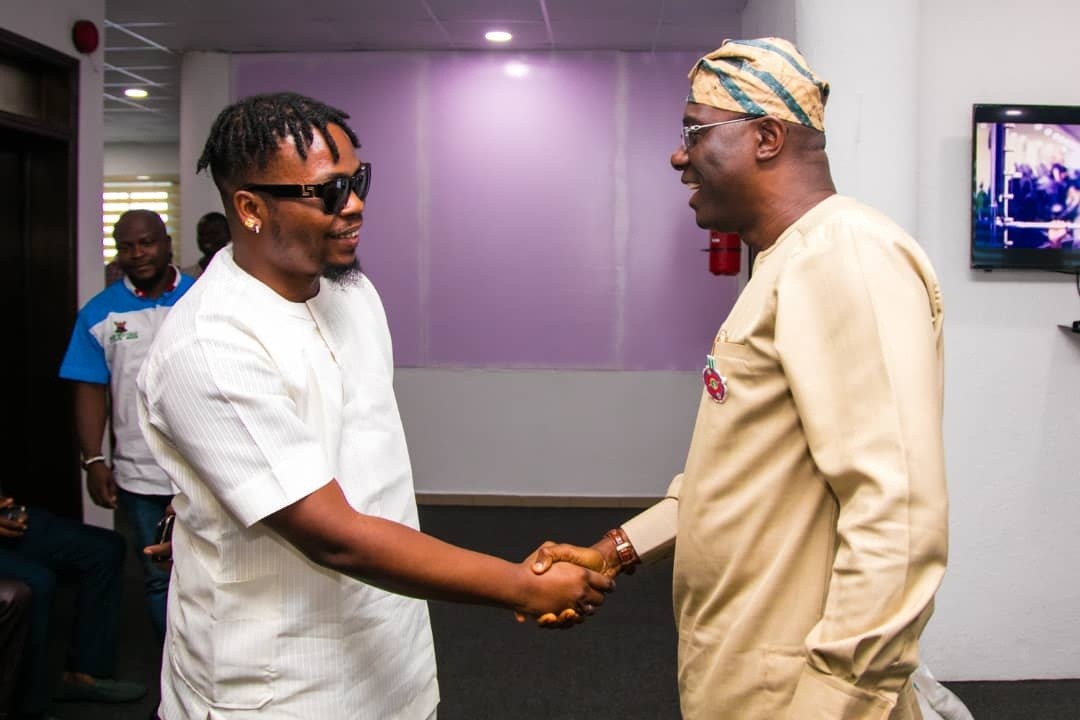 Nigerians now think he has hurriedly switched sides, but it would be noted that Lagos State under the banner of the ruling APC and then Action Congress has a culture of using big entertainer to campaign.

So i was jejely on insta dis a.m o and i jam dis photo, na so i jst remember dat line “e no easy to dey chill wit governor Ambode, na fada of all d gov u be to me ooo, since i lost my dady na im u dn adopt me” anoda fada eyaf adopt uncle olamide oooo!!! no b my handwritting b dis pic.twitter.com/n7tQPcn8F2 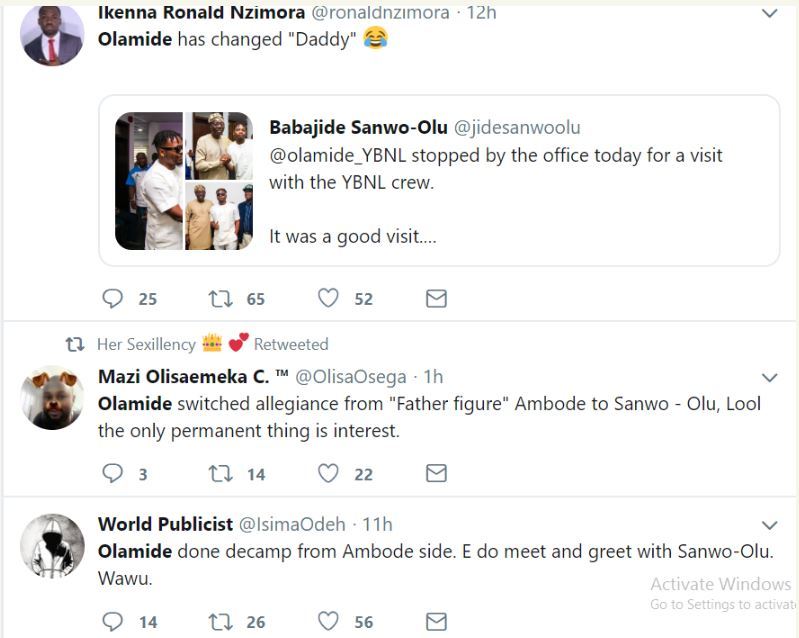 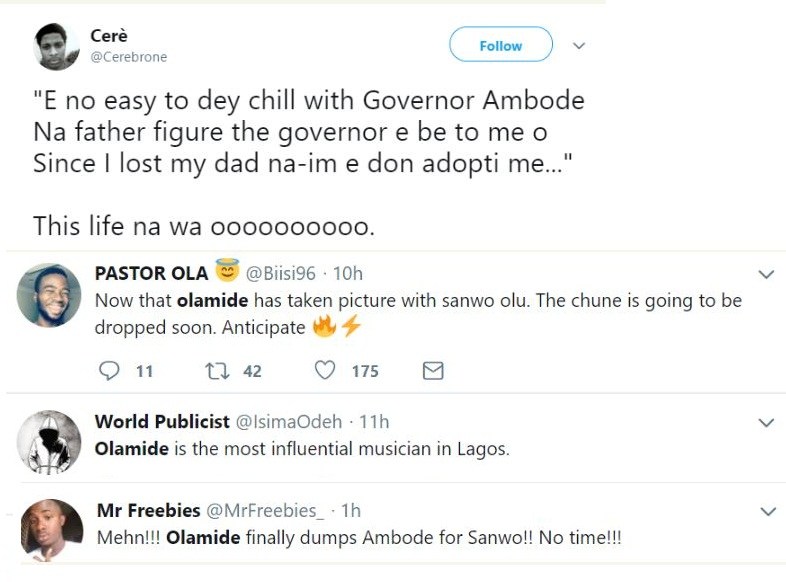 You may also like to read; Ambode, Sanwo-olu, Tinubu reconcile in Abuja (photos)