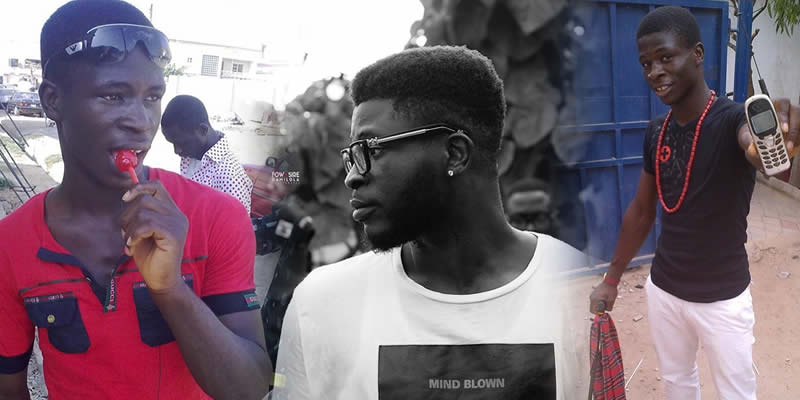 Funny throwback photos of Craze Clown and his family

Talented Instagram comedian Emmanuel Ogonna Iwueke popularly known as Craze Clown took to his Instagram handle to share throwback pictures of him with his family members.

Aside from being a comedian, the young man is also YouTuber, actor and medical doctor. He rose to fame due to his role as Papa Ade in his comedy skits. Born on December 24, 1991, the 27-year-old man is from a family of four.

On Tuesday, November 27, the entertainer took to his Instagram handle to share hilarious throwback pictures of him with his family members.

Craze Clown shared pictures of when he was a little boy and as he grew older.

🤷🏾‍♂️🤷🏾‍♂️😂 WHAT DO YOU KNOW ABOUT ME??? … I don’t have a fake! If you know me In real life be sure that’s the same me on social media! #GrandFinale #DrCrazeGiveAway

It could be recalled that his Instagram fan base reportedly grew rapidly in 2015, on social media after his video had million views. Craze Clown is currently based in Ukraine, where he recently graduated as a medical doctor from the University of Ukraine.