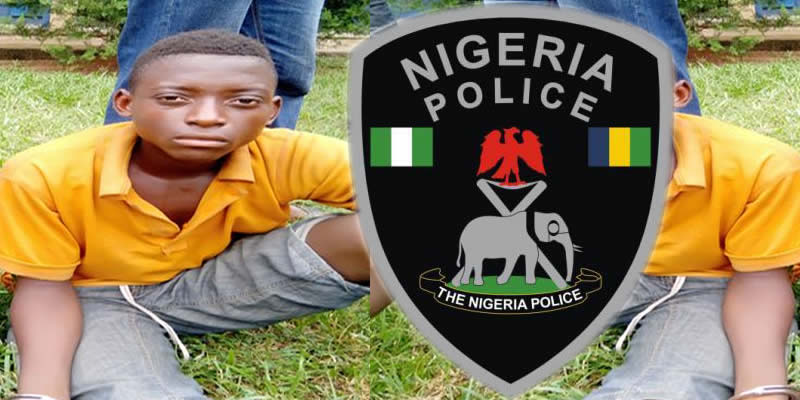 A 16-year old houseboy, Zakaria Chiahemba, has been arrested for allegedly killing his boss and stealing her belongings.

Zakaria allegedly escaped with the deceased’s money, phone and jewelry after committing the murder.

He was arrested at Wukari in Taraba State on November 23.

Speaking to reporters when he was paraded, Zakaria denied killing his boss.

He said his brother brought him from the village for the deceased, to help enrol him in school.

Zakaria claimed that the deceased was killed by some of her customers, who were angry that their phones were stolen at her shop.

Police Commissioner Babatunde Kokumo said the suspect would be arraigned after investigation.

You may also like to read; Police confirms the killing of 16-year-old female student, vows to arrest suspects