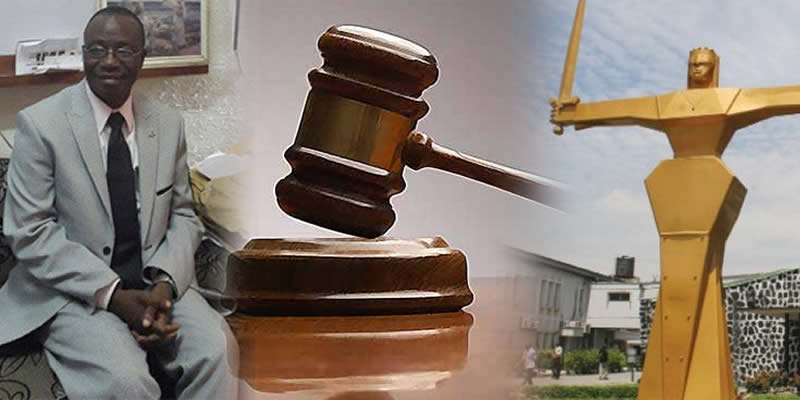 Federal High Court in Osogbo, on Tuesday, turned down the bail application of a former lecturer with the Obafemi Awolowo University, Ile-Ife, Prof Richard Akindele, dragged before court for allegedly demanding sex to upgrade the scores of one of his students, Monica Osagie.

The court rejected the bail application, which Akindele filed through his lawyer, Francis Omotoso, after the prosecuting counsel for the Independent Corrupt Practices and Other Related Offences Commission, Kehinde Ayantoye, opposed the application.

In opposing Akindele’s bail application, the prosecutor filed a counter-affidavit, which was deposed to by a police detective, Afolabi Oluwatoyin.

In her ruling, Justice Maureen Onyetenu said the allegations contained in the counter-affidavit were weighty.

At the resumed hearing of the matter on Tuesday, the prosecutor, Ayantoye, told the court that he had been served with Akindele’s bail application.

He, however, said he had filed a counter-affidavit in opposition.

PHOTO: After four years in DSS custody, Dasuki reunites with his…

Moving the bail application for his client, the defence counsel, Omotosho, urged Justice Onyetenu to admit the professor to bail in liberal terms.

But opposing him, the prosecutor told the court that Akindele might not attend trial, alleging that the professor refused to report to the ICPC office in Abuja, after he was granted an administrative bail to travel to America to attend to his health.

The prosecutor further alleged that the embattled professor was caught on tape chanting incantations to derail the case.

He added, in the counter-affidavit, that Akindele was also allegedly involved in child pornography.

Justice Onyetenu said the allegations raised in the counter-affidavit were weighty and directed the prosecutor to produce in court on the next hearing date, the tape in which Akindele was caught allegedly chanting incantations.

While adjourning further hearing till December 17, 2018, the judge ordered that Akindele should be taken back to prison.

You may also like to read; “I’d Bail him if it was me sha”, Davido reacts to Mr Real and Seun Egbegbe controversy

Man kills snake that swallowed his dog in Anambra