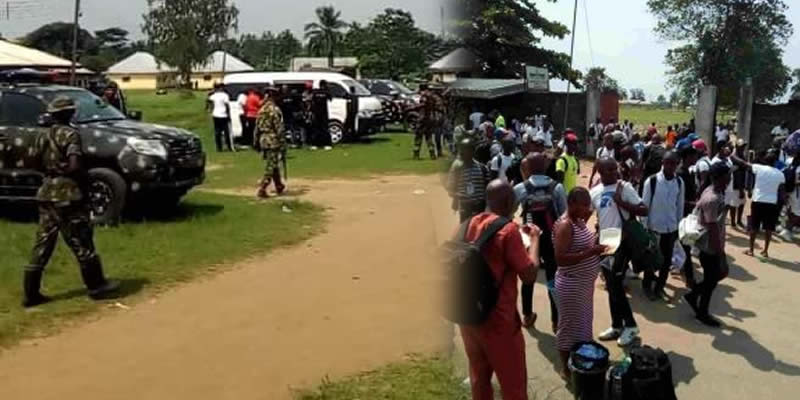 The 6 Division Nigerian Army in Port Harcourt says it has discovered an illegal militia training camp inside a Rivers community.

Col. Aminu Iliyasu, spokesman of the division, told the News Agency of Nigeria on Thursday in Port Harcourt that soldiers had taken over the camp.

He said the illegal camp was discovered by troops, who were on routine surveillance of the NYSC Orientation Camp in Nonwa Gbam, Tai Local Government Area of the state.

“The troops on routine surveillance discovered the illegal militia training camp in the area. We met over 100 recruits undergoing military type of training inside the camp,” he said.

Iliyasu said the trainees had been removed from the camp, adding that preliminary investigation had been launched with the support of sister security agencies.

He said that manhunt was underway to apprehend operators and sponsors of the camp.

“Recall that similar militia training camps were discovered and disbanded in Benue and Taraba states earlier in the year.

“After the discovery, measures were.

You may also like to read; Boko Haram notifies military of fresh attack