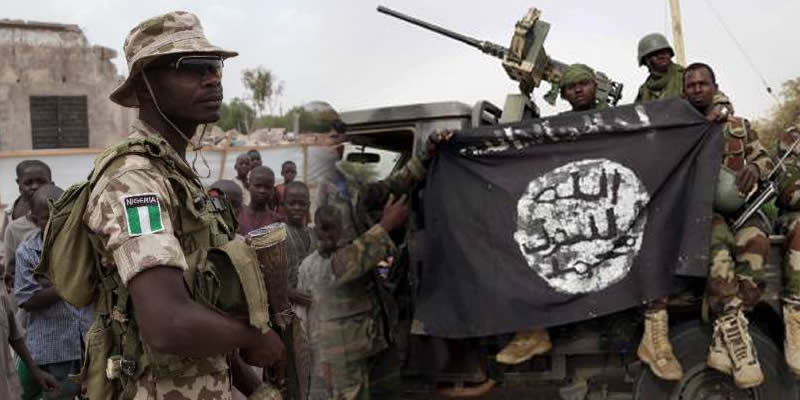 Boko Haram insurgents have threatened another attack on the military base at Jiddari-Polo, Maiduguri.

The terrorists on Monday attacked farmers in the area, hacking four to death while one was left with severe injuries.

One of the survivors of the Monday attack, Mala Umara, told AFP that the terrorists came in large numbers.

“They came in large numbers and killed four and left the other man seriously injured,”

The insurgents were believed to belong to the Abubakar Shekau group.

Boko Haram: God has revealed himself to Idriss Derby, French…

Umara, added that while sparing him, the insurgents instructed him to tell the Nigerian Army to prepare for another attack.

“They asked me to deliver a message to the soldiers that they should be prepared for an attack soon,” the septuagenarian told AFP.

Another survivor, Abba Muhammad, said, “Five of them encircled me,  but I instinctively bolted.”

The attack was also confirmed by a local militia leader, Babakura Kolo.

You may also like to read; Army HQ Denounces Video Of Soldiers’ Killings, Threatens Action Against ‘Fake News’

Audio of Boko Haram leader, Ibrahim Shekau begging his fighters not to run after many…