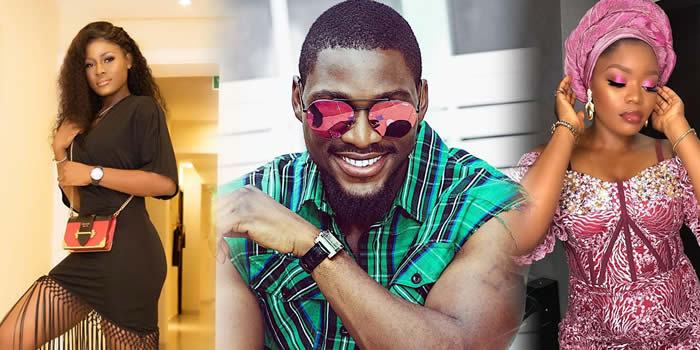 The year 2018 can be described as an eventful one with series of dramas and surprises. While this year must have been difficult for some people, it certainly has been good to others.

With the growing rate of people trooping into the entertainment industry be it fashion, music and acting, the competition is quite tight as everyone struggles to make it to the spotlight.

The creation of reality shows like Big Brother Africa/Naija, Ultimate Search and likes of them, it has offered a platform for many people to showcase their talents, offering promises of the celebrity status that awaits them after the show.

While not all of these people who participate in these reality shows become successful, there have been quite a number of them who got pretty lucky.

We have compiled a list of Nigerian reality stars who hit major limelight in the year 2018:

The multi-talented act can be described as one determined and tenacious person. From being on MTN Project Fame to getting on BBNaija 2017, Bisola never stopped trying and it appears 2018 paid off for her.

Although she didn’t emerge as winner in either reality shows, the triple threat is reportedly one of the most successful reality stars from her time. She was awarded with the Trail Blazers Award at the 2018 AMVCA.

Described as one of the most controversial reality stars of 2018, Cynthia Nwadiora popularly known as Cee-C has proven herself a force to reckon with.

Ever since her exit from the Big Brother Naija show, she has been getting numerous endorsements and growing a powerful fan base as well. Just recently, she won the award for Brand Influencer and Discovery of The Year at the 2018 Nigerian Social Media Awards.

Real name, Alexandria Asogwa, this BBNaija reality star has also had quite a successful year. Ever since her exit from the show, life has indeed changed for the 21-year-old.

From one endorsement to the other and even becoming a proud land owner, she has definitely left many people inspired and impressed by new found status as one of Nigeria’s most influential persons of the year.

Just like Alex and Cee-C, Nina has also had quite a year. Known for her romance with fellow ex-housemate, Miracle while in the show, Nina has risen to become an empire owner. With series of businesses and endorsements, it is safe to say 2018 has been a memorable one for her.

He is arguably one of the most successful male reality stars to come out of the Big Brother Naija show. His brief and tempestuous romance with fellow ex-housemate, Cee-C caused quite a buzz on social media.

Well, Bakre having a social media expert for an elder brother, has risen to become one of the most influential celebs of 2018 with series of endorsements as well.

With the year 2018 almost at the end of it’s reign, one can only imagine how their career will change for the better in the coming years.

You may also like to read; ‘I Will Jump At The Opportunity To Go Into Big Brother House Again’ – Tobi Bakre Declares