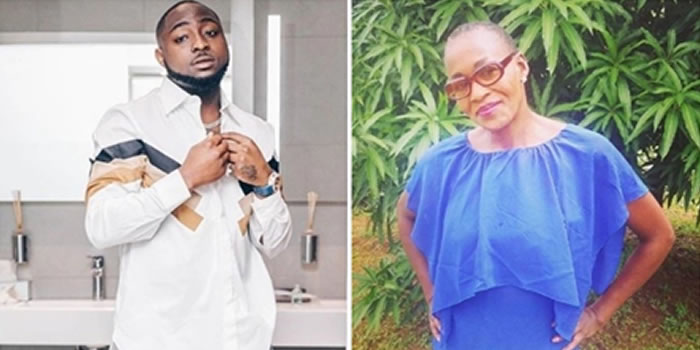 News making rounds on social media claim that DMW boss Davido is dating Ghanaian OAP, Serwaa Amihere. Kemi Olunloyo who claims to have broken the news has come out to blast Davido and his girlfriend Chioma.

It was rumored that Davido was caught in a hotel with Serwaa Amihere and the singer is yet to come out to deny the report.

Kemi Olunloyo who has been trying to get Davido to take responsibility for his alleged first daughter, Mitchell, blasted Davido and said HIV awaits the singer in the nearest future.

Kemi Olunloyo took to her Twitter page to air her opinion:

“I’m an investigative Journalist. Combine that with gossip news you have #[email protected] was the one who FIRST reported on Davido being in a secret affair with #SerwaaAmihere a Ghana TV OAP NOT blog #SwitchFocus.

They clearly FOLLOWED my lead. Davido visits her and a KID in #Accra and London, takes care of them while abandoning his oldest child and daughter @MitchellAnuAdeleke Pele Chioma my lover MUMU!�. Serwaa my other lover. #AshewoOkunrin and his pussy insulting male fans. HIV AWAITS YOU DAVIDO. 11 DAYS LEFT!!���”

Davido is yet to respond to the allegation levied against him and also reply Madam Kemi Olunloyo.

After both parties had dragged each other on social media, Olunloyo on Saturday, November 10, took to her Instagram handle revealing how she forgave Linda Ikeji. According to her, she is ready to let go after the blogger damaged her career about 13 years ago.

You may also like to read; I was fat-shamed, called a DSTV remote – Waje recounts being bullied on social media (Video)