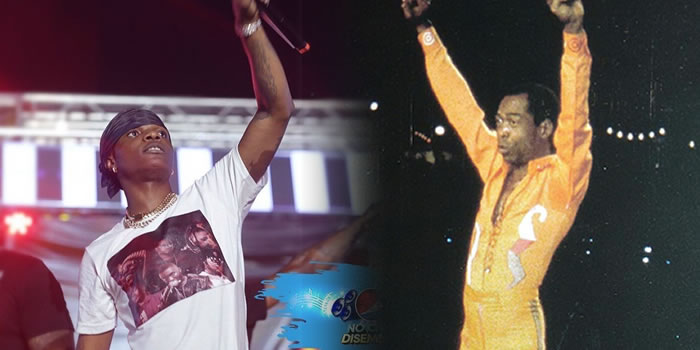 Wizkid is better than Fela – Man writes on twitter

A man who thinks Wizkid is better than Fela, has voiced out his opinion on the popular social media website, Twitter.

According to @mazedamouth he would prefer to listen to the contemporary tune of Wizkid’s songs than Fela’s whom he believed wasn’t good enough and simply over hyped in his time.

And he also wrote that most modern music fans that revere Fela are only riding on the nostalgia his songs created while they were growing up listening to the songs. 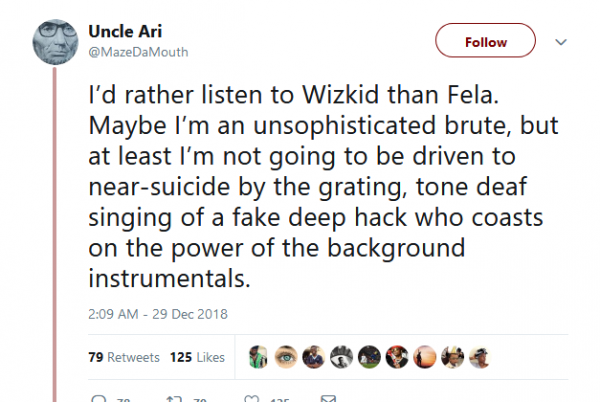 I’d rather listen to Wizkid than Fela. Maybe I’m an unsophisticated brute, but at least I’m not going to be driven to near-suicide by the grating, tone deaf singing of a fake deep hack who coasts on the power of the background instrumentals.

Many of you who extol Fela’s prowess are manipulated by the unseen yet strong strings of nostalgia. Your father probably played Fela’s music on a lazy Saturday and listening to him now reminds you of idyllic times when life was simple. I get it.

Some are enraptured by the man’s charm & charisma. His fierce and unyielding resistance to power. But this is no substitute for talent. We are very prone to confusing history with excellence. The past with greatness. But we must wake from this lulled deceitful existence.