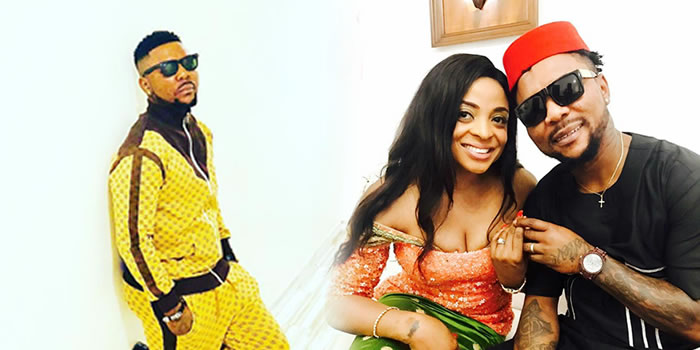 My wife doesn’t allow ladies near me, says Oritsefemi

When singer, Oritsefemi, announced his decision to get married in 2017, certain people thought it was a joke until the wedding took place. Before the marriage, the artiste had been blessed with two kids from his previous relationships.

In an encounter with Sunday Scoop, Oristsefemi admitted that there were certain things he could not do again since he got married. He said, “There are certain things I cannot do again because I am married. I respect my wife a lot. Though I still hang out with my male friends, I cannot do that with ladies any longer. My wife does not even allow ladies come near me. She makes it clear to them that I am her husband and they should stay away.”

The singer, however, rubbished claims that marriage makes male musicians lose their female fans. He said, “Ladies will still want you but they won’t show it publicly once they know you are married. Some of these ladies prefer married men to single men.