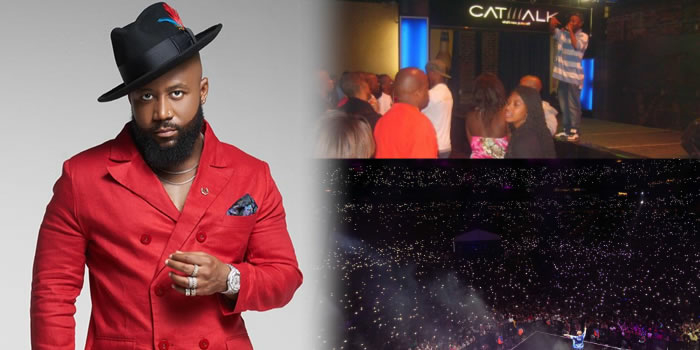 South African rapper, Cassper Nyovest has joined the #10yearschallenge by sharing a photo of himself 10 years ago during his musical struggles and 10-years after when he sold 68,000 tickets for his concert at Soccer City.

Sharing the photo, he wrote: ’10 years ago I was begging Jr to perform at his album launch. Couldn’t get into the club B4 he got there cause the bouncers&the door lady didn’t know or care who I was. 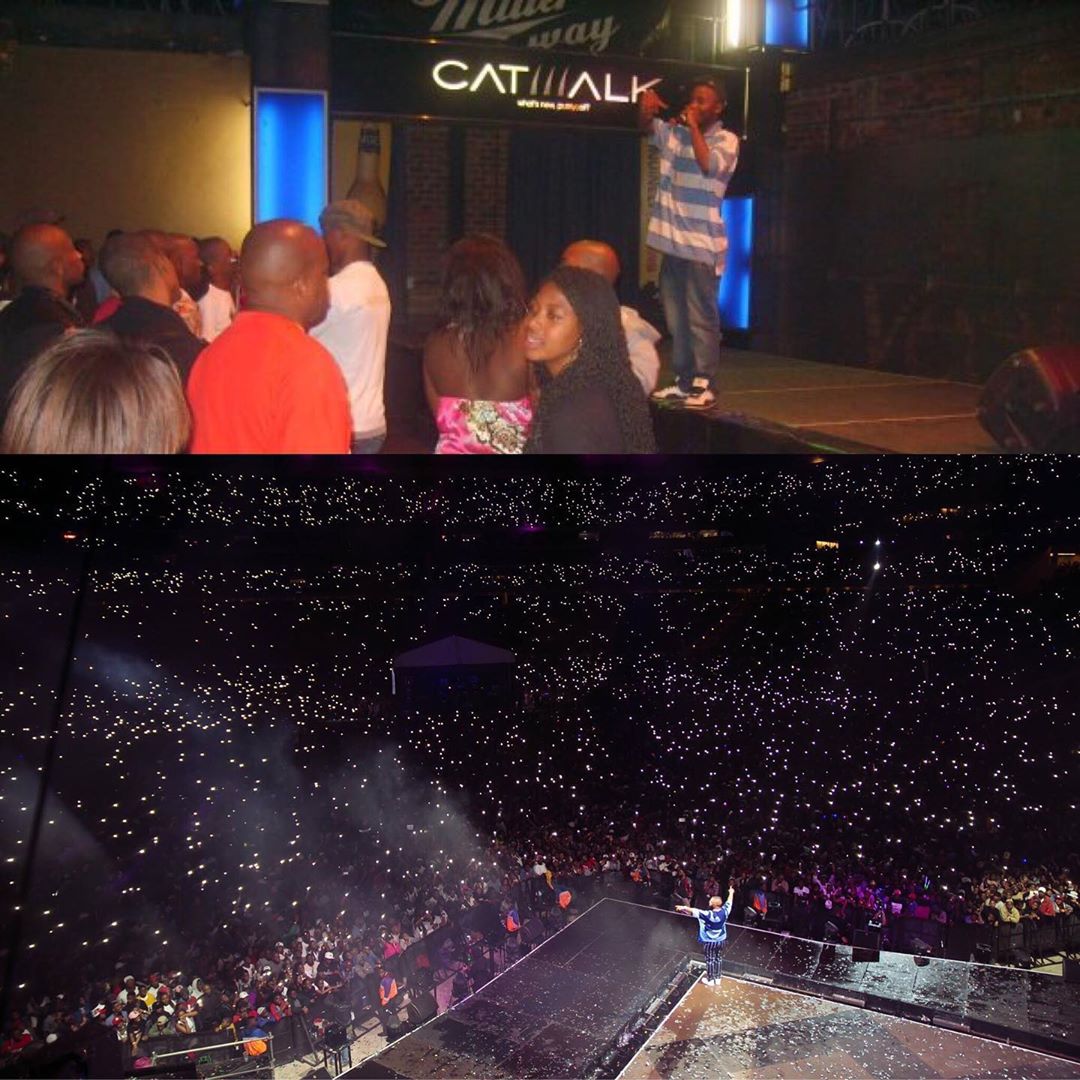