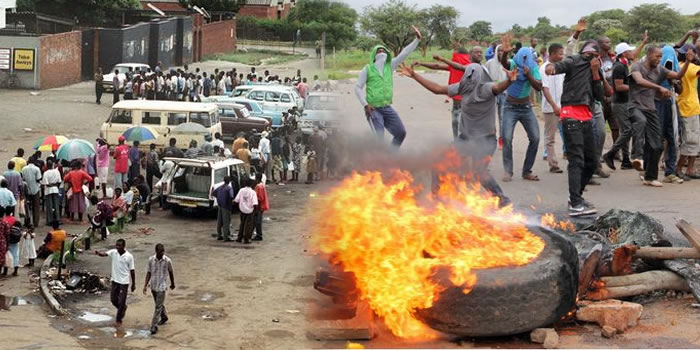 Zimbabweans are currently experiencing a social media blackout following alleged threats from the government that it would shut down the entire internet amid protests against a fuel price hike.

Zimbabwean citizen Kerry Kay told TimesLIVE that the government had threatened to shut the internet on Monday. “For the past three hours we have not been able to access WhatsApp. With the government shutting down the internet and social media, it’s the final straw for human rights,” Kay said.

She said the situation was tough with the fuel price increase, scarce fuel, tripling food prices and the protests.

“The government deployed the army today and they have been assaulting people. The people will retaliate if they are being attacked,” Kay said.  She said before the government increased the petrol price, the country was already battling with a shortage of fuel. People were sleeping in queues, but there is no fuel available.”

She said food prices had tripled. “That’s the food imported from South Africa. Cooking oil and russian sausages have not been available for the past month,” Kay said.  “In the past, people have managed to survive but now they can’t. Ordinary citizens are battling.”