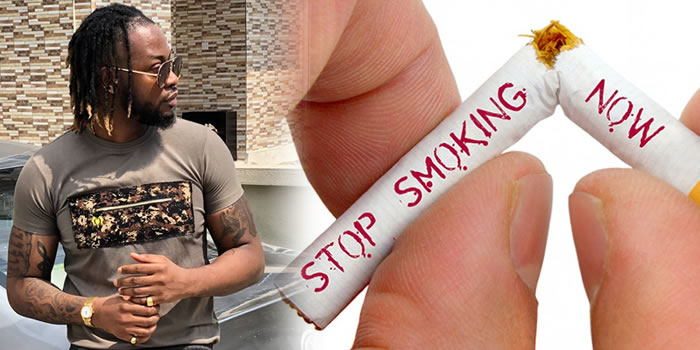 Teddy A took to Twitter to announce that he has quit smoking cigarettes, a move which according to him will serve as a reminder.

And on this day i officially quit cigarettes. Let this be a reminder!

Recall that the reality show star, revealed why he puffed cigarettes during his stay in the Big Brother Naija House.

In a diary session with Biggie, Teddy A revealed that cigarettes are his means of escape from the petty drama in the house. He also revealed he wasn’t down for the continued arguments and the general discontent amongst the housemates as he pleaded for more creative sessions to express himself.

“I am not down for petty arguments. That’s the reason why I smoke. For me, it is a means of escape. It just calms me down.”

“We need to keep Bam Bam in our prayers” – Lady begs Nigerians, accuses Teddy A of…

‘Riding till the wheels fall off’ – Teddy A and wife, Bambam share…