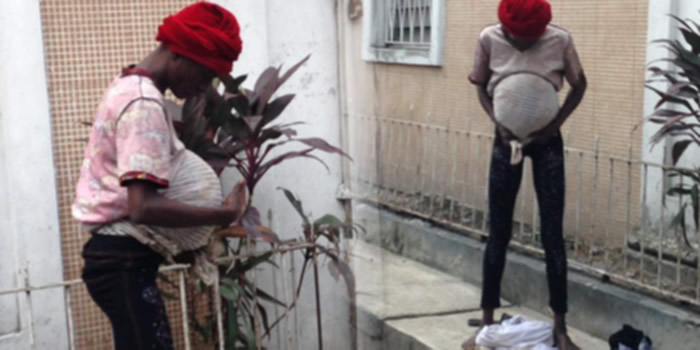 A female drug addict who goes about begging for money with a fake pregnancy in Lagos, has been exposed.

Twitter user, Jonathan Olanlokun, who shared the story on his page, stated that he met the lady at the CSS bookshop around CMS in Lagos Island.

According to Jonathan, it was discovered that the lady usually stuffed her stomach with clothes, pretending to be pregnant to get sympathy from people.

Yesterday I came across her while she was packing clothes in her stomach to look like a real pregnant woman. I see her in town selling pure water & begging money from people, I later discover that she is a drug addict, her fake pregnancy is her joker to raise money from people

After collecting enough money, she resume to drug base to make her purchase. Say no to hard drugs.

Saw her at the back of CSS bookshop CMS…Lagos Island