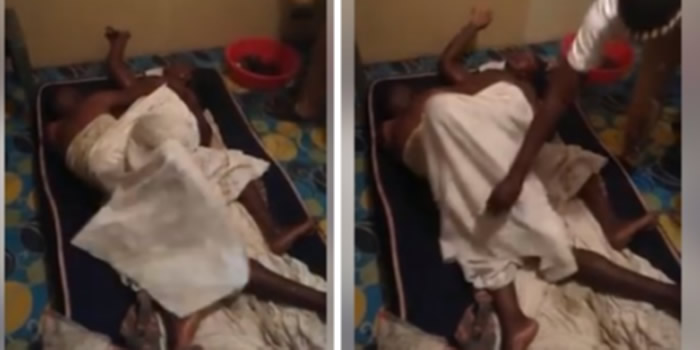 Man gets stuck while having sex with married woman (video)

A man reportedly got stuck, while having sex with a married woman in Kenya. According to eyewitnesses, the man who got stuck needed a ritual to “regain freedom” from the married woman who was seen writhing in pains on the bed.

A native doctor was however spotted in viral video, performing a ritual for the couple who were covered up with a blanket to be free again.

Here is the video;

A similar incident played out at a Kenyan hotel few months ago, as a husband accused of cheating was also caught stuck in his lover.

The illicit affair was brought to light, after guests at the hotel in Kitale town, Trans-Nzoia County, heard screams.

Bayelsa to collaborate with New Jersey on investment, educational opportunities