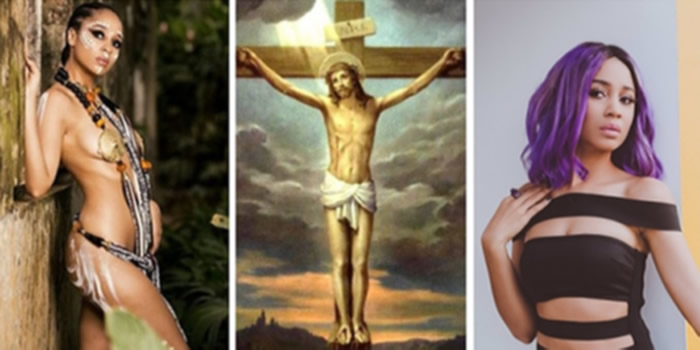 “Even Jesus was half nak*d on the cross” – TV host, Sister Deborah reacts to posing unclad on socials

Ghanaian TV host, Deborah Owusu-Bonsu, popularly known as Sister Deborah, has warned against criticizing women who show off their skin on social media.

According to her, posing semi-nude on social media shouldn’t be seen as a shameful thing because Jesus Christ was also half nak*d on the cross as seen in pictures.

“Same social media platform that has people like me who dress showing skin also has other influencers who might cover up more. People choose who they relate to more, If you like someone then just like them for their positives and leave the negatives!”

In response, Sister Derby retweeted the post and added:

“But how can showing skin in Ghana even be a negative when it’s so hot?! Even Jesus Christ was half nak*d on the cross and if it was harmful to us then Christians should’ve dressed him in post presentations at least. Or?”