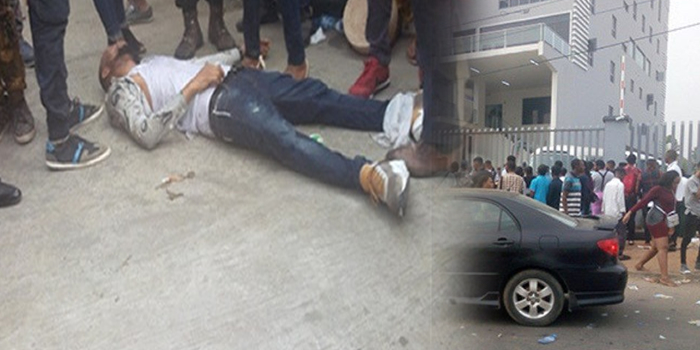 Fame, exposure and a prize of N45m is indeed worth fighting over and famous reality show Big Brother Nigeria offers Nigerian youths all these and even more.

Hence, upon hearing that the auditions for the third season of this sizzling TV program is underway, many youths have rushed to several venues in the hope that they can get a chance.

In Lagos, an audition center at Adeniyi Jones, Ikeja, has been particularly bombarded with massive crowd.

The crowd that has been gathered there even before 6am has caused a standstill in that environment. But even more, several youths are willing putting their lives at risk just to get in front of the judges and shoot their shot at fame. 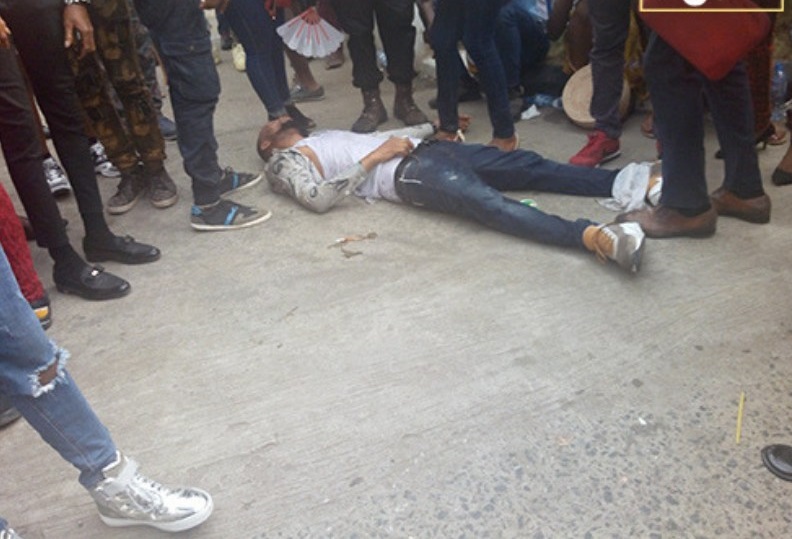 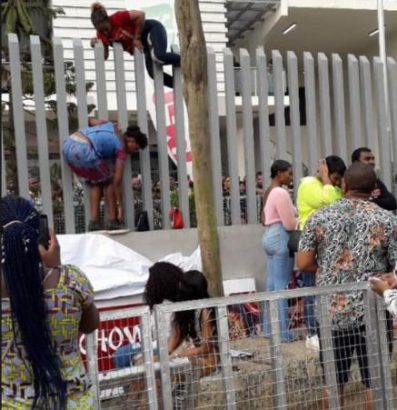 Several people climbed over the fence and barricades of the event center used for the audition. The chaos caused by the event attracted the attention of the police who had to calm the agitated crowd. As gathered and captured by Newsmen, a man who had come for the audition fainted due to fatigue and tiredness from the entire brouhaha. A lot of other youths hoping to participate in the audition gathered around the man clueless about what to do.

Indeed, the attempts to calm down the youths who had turned up for the audition was to no avail. People from the nooks and crannies of Lagos stormed the venue in attires that were revealing and swaggy. 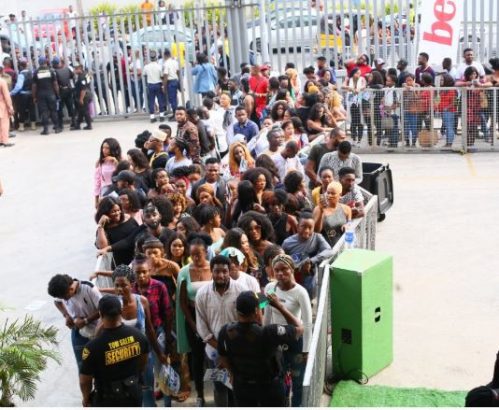 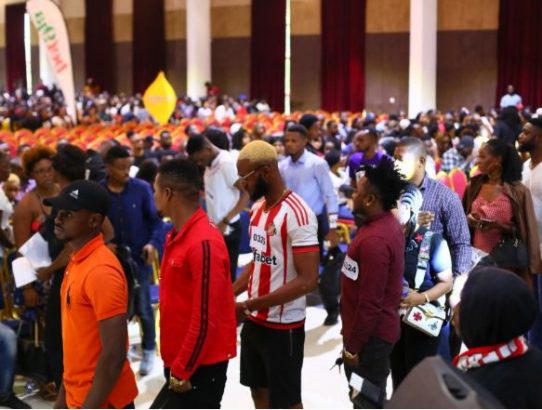