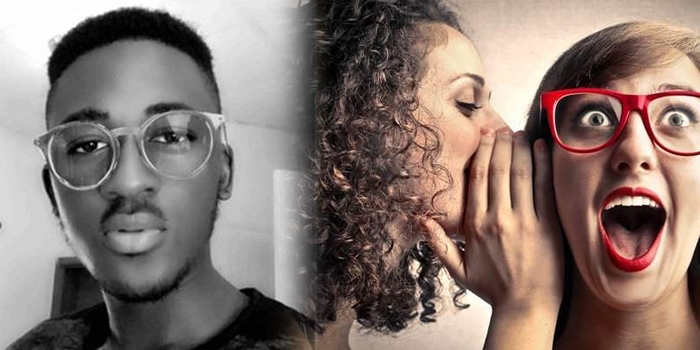 A man identified as Ajayi Prime Tobbi‏ has countered the selection process of the popular reality TV show in his post titled: The secret to enter BBNaija no one will tell you.

According to him, the thousands of Nigerian youths that trooped to the audition centers of the Big Brother Naija show are wasting their time as the organizers of the show select people that have already carved a niche in their respective careers.

THE SECRET TO #BBNaija NO ONE WILL EVER TELL YOU: The fiasco 4 #BigBrother has begun & millions of youths all over the country have queued up for hrs for a chance at the prize money. why are your past housemates not posting throwback pics of them on the queue? ISSA THREAD Y’ALL

Because the organizers hav 1 unchangeable rule. THEY DON’T PICK PEOPLE OFF THE STREETS. U must understand Dat #BBNaija is a trade in attention & is thus business. So chuks who is on #AsuuStrike can never get in. EVERY HOUSEMATE HAS 1 THING IN COMMON, THEY WERE POPPING BEFORE..

Take MIRACLE for example, a top model, top 5 MR universe contestant, ECOWAS fashion wk. Do U think he left his pilotting shift to queue?? or BITTO, one of D best OAP, media expert & former mr. malabo all before.

I have personally known KHLOE as a popping model and vixen for davido, wiz, banky w etc or TEDDY A who had a 2016 hit with PHYNO, or BISOLA, host of billboard Nigeria on STV, actress, and appeared on Falz’ ELLO BAE and countless movies.

My point is, you dont need #BBNajia PQ, and queuing is a waste of your time, posting the #BigBrother eye on your profile is burning data. THE AUDITIONS START YEARS BEFORE THE ACTUAL AUDITIONS…WHO KNOWS U?.. WHAT HAV U DONE?… WHO HAVE YOU INFLUENCED?.. BB IS NOT A TALENT HUNT

Former housemates will tell you to be yourself..LOL. WHO ARE YOU? IF YOU GOT IN, WHO WILL VOTE FOR YOU? #BBNajia is not a PONZI SCHEME/an alternative to strike. ITS BUSINESS, ALWAYS HAS BIN IF YOU SEE IT AS THAT MAYBE THEY INVITE U NEXT YEAR..LEAVE D QUEUE & GET 2 WORK.

THE SECRET TO #BBNaija NO ONE WILL EVER TELL YOU:

The fiasco 4 #BigBrother has begun & millions of youths all over the country have queued up for hrs for a chance at the prize money.
why are your past housemates not posting throwback pics of them on the queue?