A yet to be identified man was shot dead by unknown gunmen in Ikorodu, Lagos state today February 8th.

According to residents of the area, the gunmen killed the man on Ajasa Lamberu Street, Obafemi Awolowo Road, Grammar School, Ikorodu.

While one eyewitness said he was called out from a Hotel in the area and shot dead, another said he was lured to the area on a bike.  Other eyewitnesses say the the killing is cult related. 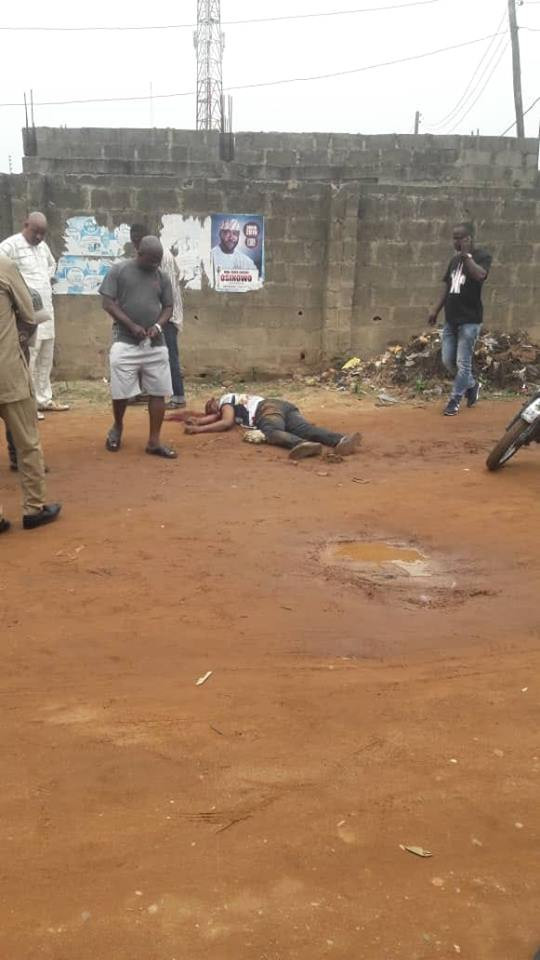 The police has been alerted and investigations into the matter is ongoing. The remains of the man has been evacuated and deposited in the morgue.