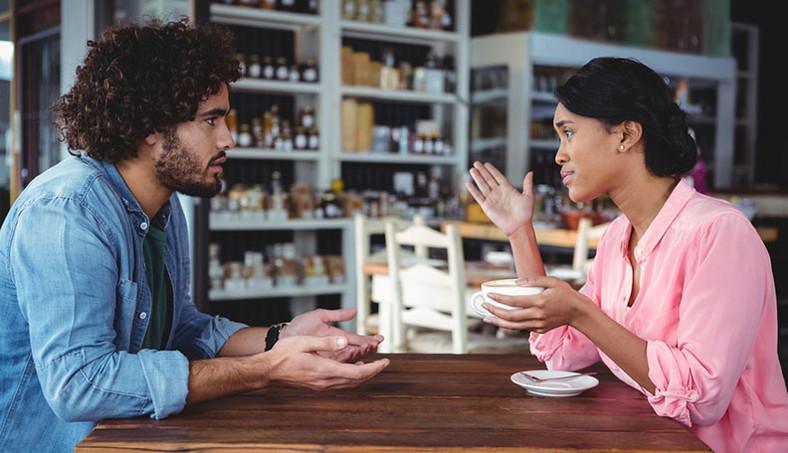 7 Signs that Shows that you are in a wrong relationship

To know if you are in one, here are signs to look out for.

It is actually possible to be in a fake, flaky relationship; one that’s not based on the right values that normally defines healthy relationships.

To know what this kind of relationship really looks like, and more importantly if you are in one, here are signs to look out for:

1. Time spent together is ‘empty’

There are certain relationship in which time spent together is a struggle. The partners in these relationships sometime look like they would rather be anywhere in the world but with the person they’re spending time with.

Time spent together is a struggle and usually only happens not because one or both partners really want to do it, but just because they see it as a duty.

Afterall, people in a relationship have to spend time together.

Obviously when partners can’t even really stand each other’s presence, not much can be expected of the communication in such relationship. The fear and reluctance to really open up to each other also affects the rate of communication in these relationships because the foundation of trust and really getting to know each other was never really laid.

3. Sex is what holds things in place

Many times, these relationships are powered by nothing but physical attraction and sexual adventure. So it is usually the case that sex is the only thing that bangs between the two people.

Remove sex and not much else makes any sense.

It is easy for every little thing to cause problems when partners do not really know anything about each other, neither can they stand each other that much when sex is not involved.

5.  Values do not really align

You do not have to like or believe in everything your partner believes in but sometimes there can be too many differences for things to stand a chance of success.

If your partner feels the extreme opposite about your needs, wants and outlooks as you do, obviously the chances of going far is pretty low and it may be wise to actually cut it off right now.

6. You see no future

If you can’t picture a future with them in any way, then you should already know that the clock is running out on your union.

It’ll be only a matter of time before it ends.

The biggest of the tests of real relationships. If you are hardly ever happy, and if the bad times far outlast the good times, then surely this can’t be the kind of relationship to stand the test of time and give you the kind of contentment you’ve always dreamt of.

How a Woman Really Wants to Be Kissed