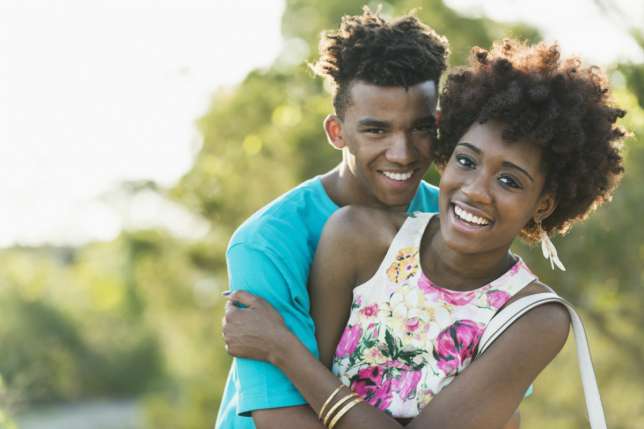 The ‘side chick’ phenomenon is an inevitability, given the way our society is structured. For starters, women outnumber men. Secondly, men like to get laid. So, it is not very hard to find yourself as a side chick. It is like they say, men are like parking spaces; all the good ones are taken.

Quite literally, a side chick is a woman with whom a man sleeps with on the side. You are nothing but his release. His main chick gets all the romantic dinners, the expensive gifts, the vacations, the love and the respect. You get ‘getting laid.’

Just like we have men trying to get out of the friend zone, plenty of chicks are trying to get out of the ‘side zone.’ They have reached a point where they are tired of being the jump-off and want something more. When you’re head-over-heels in love with a guy, you obviously don’t care whether he’s taken or not. It is not easy, but it is possible to make a man leave his main chick for you:

Be the opposite of his girlfriend or wife

Even the best of couples have a few differences. If he is finding comfort and release in another woman’s arms, all is not hunky dory in his relationship. I know that a man can be a shameless, loose sleaze that cheats on a good woman for no reason. However, there are instances where a woman can drive his man to infidelity. Maybe she does not make him feel appreciated, or she criticises him, or she is emotionally unavailable. Whatever it is, make it your life mission to figure it out, then use it to your advantage. Speak to people who are close to him discreetly or snoop around on the main chick’s social media pages to find out more about her. When he is around, make him feel all the things his girlfriend isn’t making him feel. Sooner or later, he will start to wonder if maybe you are more suited for him than his main chick.

Lady in dilemma after faking pregnancy to scam ex-lover

Look your best around him

This is another area where you can one up his main chick. After settling into a long term relationship or marriage, a woman stops putting effort to impress her man. She is not as eager to dress up and look good as she was when they were dating hence fails to retain the allure for her partner. Men are visual creatures and are suckers for gorgeous women. You will definitely get his attention if you always look flawless when he is around. You don’t need a perfectly symmetrical face or a perfect-ten body to achieve this either. If you look around, you will realise that some of the women who are purported to be the sexiest on earth aren’t necessarily the prettiest. You will ooze sex appeal if you dress well and appear confident. If you are confident and happy with your physique, he will pick up on that and start thinking about you as a dating potential.

Have the right conversations

Physical attractiveness alone will just get you sex. If you want to make the transition from his side chick to his main chick, there will be need for emotional compatibility. Men can be attracted to gorgeous women, but that doesn’t mean they will fall in love with them. In order for him to even consider leaving his main woman for you, you need to show him that you are good for much more than just sex. Instead of the usual light small talk you engage in when hooking up, try to steer the conversation to deep intellectual conversation. Encourage him to open to you. Listen to his problems and give him good advice. At the same time, tell him about your hopes, dreams and ambitions. Show him that you are much more than just a pretty face.