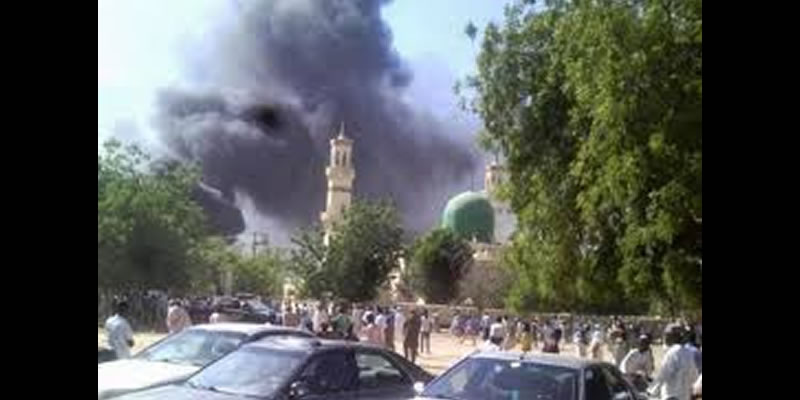 No fewer than 11 persons have been confirmed dead after suspected members of the Boko Haram sect attacked a mosque in Kushari village in Maiduguri, capital of Borno state, today Saturday, February 16th.

The commissioner of police in the state, Damian Chukwu, who confirmed the incident, said two suicide bombers accompanied by a gunman infiltrated the mosque.