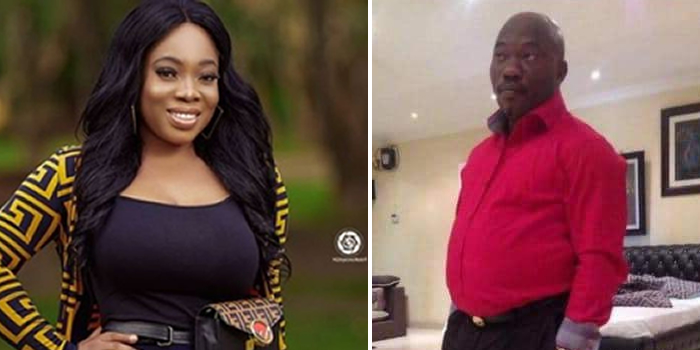 A Nigerian lady with SnapChat username @fatpussy055 has alleged that Ghanaian actress Moesha Boduong slept with Shatta Wale’s manager, Livingstone Abani, CEO of Madhaus Entertainment, who is believed to be HIV positive.

In one of the screenshots sighted on Utallium News Network’s Facebook page, @fatpussy055 alleged that Moesha was paid Ghc10,000 on her first meeting with Livingstone Abani.

@fatpussy055 also shared the picture of the lady whom she claims introduced the actress to him. According to the screenshot, the lady is well coed with famius Ghanaian celebrities.

She went on to share screenshot of some girls who have allegedly been infected with HIV by Livingstone Abani.

The veracity of the information by @fatpussy055 cannot be confirmed now, but recall that Moesha Boduong was on CNN in an interview with Amanpour in which she stated that she sleeps with men just so she can pay her bills.

Church women spotted lying on the road in Benue, praying against…

Anyway, below are the screenshots shared by @fatpussy055.

“Fighting Ceeza Milli will be another stupid mistake”,…