Two men identified as, Tersoo Joseph, aka Adikpo, and Demenenge Iorwa, have been arrested for raping married woman in Benue state.

The two men who were arrested for raping a married woman, were paraded by the Benue State Commissioner of Police, Mr Omololu Bishi, who revealed that they also robbed their victim.

“On February 9, 2019, around 6pm, some armed robbers operating on a motorcycle behind the Bem Hotels, Ankpa Quarters, Makurdi, abducted a woman and took her to the Quararafa Quarters, Wadata, where they raped and robbed her of a phone and N2,000. 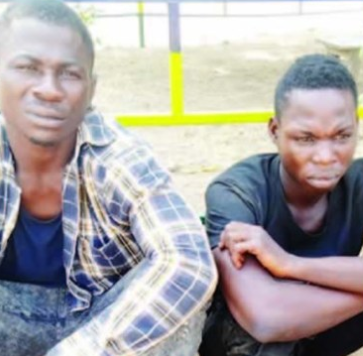 “During investigation, Tersoo Joseph, aka Adikpo, and Demenenge Iorwa, of Logo 1, Makurd, were arrested in connection with the case. The suspects have confessed to the crime”