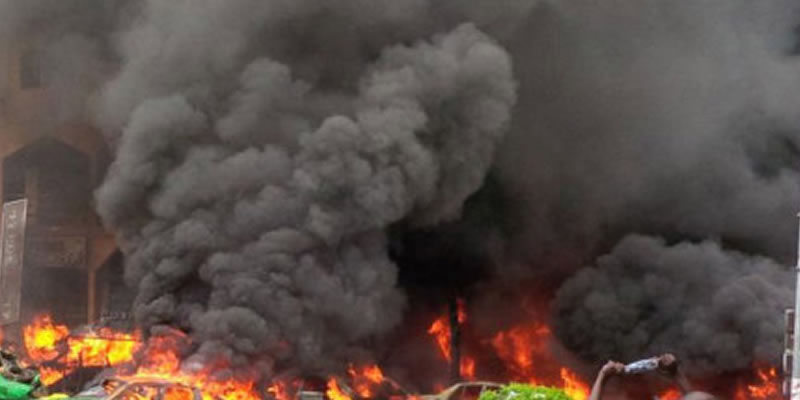 According to Sahara Reporters, residents of Maiduguri are currently in panic as series of explosions have rocked the city all within ten minutes.

The explosions, seven of them, began at around 5:50am and ended a little around 6am.

Residents are worried about their safety, especially with the presidential and National Assembly elections scheduled to begin in less than two hours.

Residents of Maiduguri were seen scampering for dear lives. This was disclosed in a series of tweets by Ahmad Salkida on Tuesday, a journalist known to have access to Boko Haram leadership.

According to Salkida the explosions was increased to ten in numbers by suicide bombers and other Boko Haram insurgents began attacks at around 5:50 am.

The Nigerian army, however, fought back as they were prevented from penetrating the main city.

Salkida wrote: “Over 10 heavy bomb blasts so far in Maiduguri.

“Several suicide Bombers and mostly RPG fire targeted towards the metropolis from the outskirts, the response by Nigerian troops has made Boko Haram not to march on into the city centre.”

This is coming few hours before the commencement of the presidential and National Assembly elections.

According to the Independent National Electoral Commission, INEC, elections are expected to begin at 8 am.