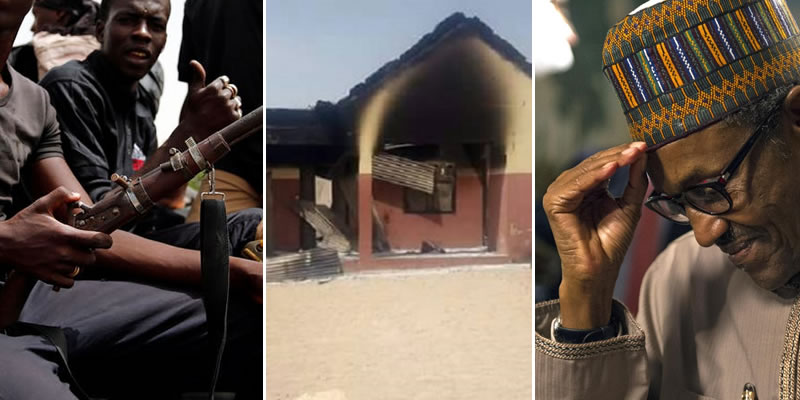 Recall that Nigerians residing in the Nothern States including Kaduna were called out on Twitter after President Muhammadu Buhari’s victory in the States. The trends on twitter mocked residents in the state for voting  the President despite prolonged crisis in the states. President Buhari had scored 993,445 votes and his closed opponent, Atiku scored 649,612 votes

A recent attack which may not be politically motivated has claimed scores of lives and 100 houses have been razed in renewed attacks in Kajuru area of Kaduna State.

This is also coming barely two weeks after a violent crisis that claimed lives of many citizens in the same Kajuru local government.

Though, details of the attack were still sketchy at press time, but according to THE NATION, over 100 houses and vehicles, including a police van, have been razed in Karamai village of Maro District, while many people have been killed.

According to an eye witness, the renewed attack on the villages, came as armed bandits close to 100 stormed Karamai community with dangerous weapons, including guns and machetes.

The eye witness told our Correspondent that villagers have fled Karamai.

In a statement by the spokesperson to the State governor, Samuel Aruwan assured that the security agencies are working assiduously to contain the situation.

The government however urged all residents of the areas to support the security agencies in their efforts to protect communities, adding that, the government was saddened by the attacks.

According to the statement, “Kaduna government today received the sad news of renewed attacks in Kajuru and Kachia local government areas. The government condemns this recourse to violence and calls on all communities to support the efforts to restore calm in the area.

“Today, the Kaduna State Government was briefed by security agencies of renewed attacks in Kajuru local government area, and in parts of neighboring Kachia LGA.”