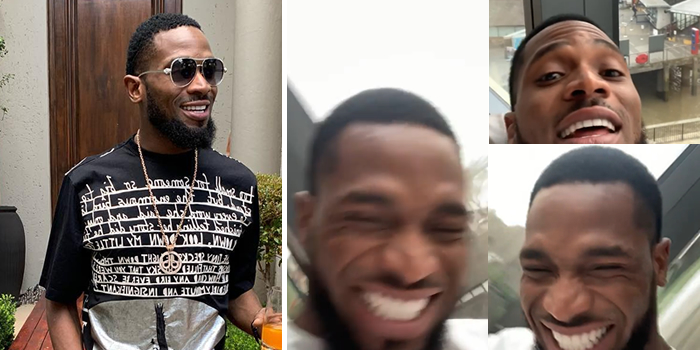 Nigerian singer Oladapo Daniel Oyebanjo popularly known by his stage name D’banj has taken to the social media to share a video of himself singing a nursery rhyme. The singer had filmed the funny video in London, United Kingdom.

In the video shared on Instagram, the singer was heard singing the popular nursery rhyme, London Bridge is Falling Down, while showing the London bridge from his apartment in the video.

Dbanj who took a trip down memory lane had been singing the nursery rhyme and he had forgotten a part in the song when someone in the background reminded him what the verse was.

The 38-year-old singer was also reminded that the song is a nursery rhyme and he decided to change the lyrics of the song.

Dbanj is a Nigerian musician, singer, songwriter and entrepreneur. The singer is married to Lineo Didi Kilgrow.

The singer is currently best known internationally for his 2012 summer hit Oliver Twist. D’banj is ranked as one of the richest solo musician in Nigeria.