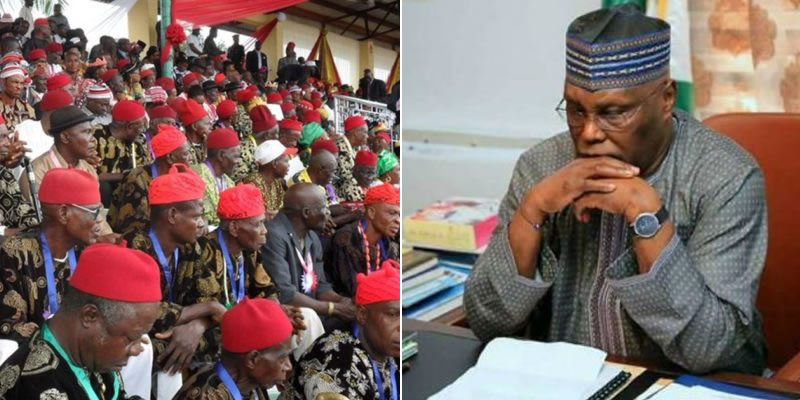 The People’s Democratic Party (PDP) has been urged to accept the outcome of the just concluded presidential election in the spirit of sportsmanship.

According to THE NATION, The National Chairman of Igbo Reawakening Forum (IRF), Uchenna Ufearoh,  said PDP should not sink the ship of the of the country because of its loss.

Ufearoh called on the PDP to rather join hands with the winner of the election, President Mohammadu Buhari to move the country forward.

He said, “I call on the President to be magnanimous with his victory, while the losers should accept defeat in the spirit of sportsmanship.

“They should not sink the ship of the state because of their loss. Let them join hands with Buhari to rebuild and move Nigeria forward.”

He expressed confidence that the President would take advantage of his second term in office to consolidate on his previous achievements.

“Buhari fulfilled his 2015 campaign promises to a reasonable extent. You know when you’re building a house, the foundation doesn’t appear fanciful.

“It’s difficult to appreciate the structure until you start laying the blocks. That’s when the beauty would be better appreciated.

“The president in the past three and half years has been at the foundation level. This victory has given birth to a new Nigeria. Mr. President will reinforce and consolidate on his previous achievements,” he added.