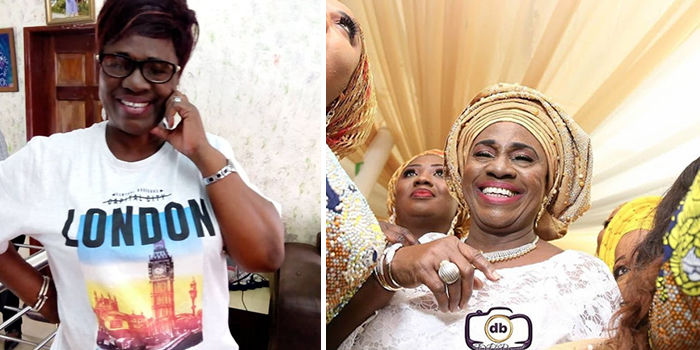 A suitor ran away when he saw my children – Iya Rainbow

Veteran actress, Idowu Phillips, aka Iya Rainbow, revealed that a suitor ran away after he saw her five children.

The veteran actress has remained unmarried after the death of her husband 35 years ago.

The actress made this known in a chat with punch Sunday Scoop. She remarked that she was no longer interested in being joined in matrimony with anyone. She said,

“Over my dead body would I get married again. My husband closed (my heart) with a padlock and he went away with the key. I don’t trust the men of these days. There was one that said he wanted to marry me but he ran away after he saw all my kids. I have forgotten how to want a man. With five kids to cater for, I had no thoughts of that. In those days, I could go to four different locations in a day, to tell you how hard I was working to make money to take care of my children.”

Recalling how her late husband died, she said, “I can never forget the day my husband died in 1984. I felt the world was going to end on that day. He was my alpha and omega. I used to be a nurse but he was the one that made me to become an actress. As a matter of fact, during his burial, I told people to put all our children with him in the grave that I didn’t want them again. The shock was just too much for me to bear. Imagine one becoming a widow at the age of 42.”