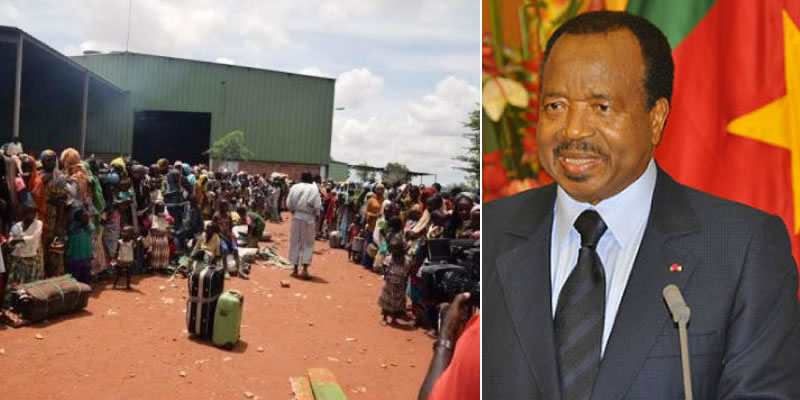 The Federal Government has condemned the reported deportation of 40,000 Nigerians, who were living in Cameroon as victims of Boko Haram from Rann Local Government of Borno State.

The government said it appealed to Cameroonian authorities not to chase out the victims of Boko Haram from Rann living in their country.

The Honourable Commissioner, National Commission for Refugees, Migrants and Internally Displaced Persons (NCFRMI), Sadiya Farouq, stated this in a statement in Abuja on Tuesday.

She explained that the Federal Government made a passionate appeal for the refugees not to be chased out when Cameroonian authorities threatened to expel them from their country.

Farouq said the Federal Government, through the Federal Ministry of Foreign Affairs, will take appropriate steps on the matter in due course.

The statement reads: “It is highly regrettable and sad to note that despite the passionate appeal made by the Nigerian Authorities to the Government of Cameroon not to chase out the victims of Boko Haram attacks from Rann Local Government of Borno State, this appeal has been ignored.

“Information reaching us is that the Cameroonian Government has thrown out the Displaced Persons from Rann who ran into Cameroun for safety in total disregard for the appeal and a clear breach of the United Nations Charter and Convention on the protection of Displaced Persons which both countries endorsed.

“The United Nations Convention on Refugees and its 167 Protocol states that: ‘no contracting state shall expel or return a refugee in any manner whatsoever to the frontiers of territories where his or her life or freedom will be threatened on account of his or her race, religion or nationality, membership of a particular social group or political opinion.’

The days of Lent: 5 tips for fasting this season