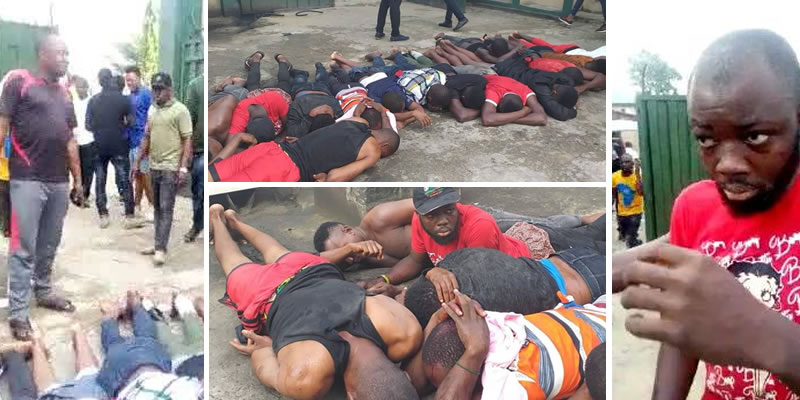 Another set of suspected thugs have been apprehended in Akwa Ibom state, ahead of Saturday’s governorship election.

The suspects were rounded up this morning by agile youths who stormed EverBee Hotel along Idoro road in Uyo, the state capital. Over 32 of them were nabbed.

According to the youths, the suspects will be handed over to the police as the law demands.

One of the suspects who revealed he’s from Benin city in Edo state, said that they were brought to the state to monitor the election as observers of the Independent National Electoral Commission (INEC).

He also revealed that they were at the hotel to receive the money that will be shared to them.

This is coming after various thugs in buses were arrested by police operatives few days ago in Akwa Ibom state.