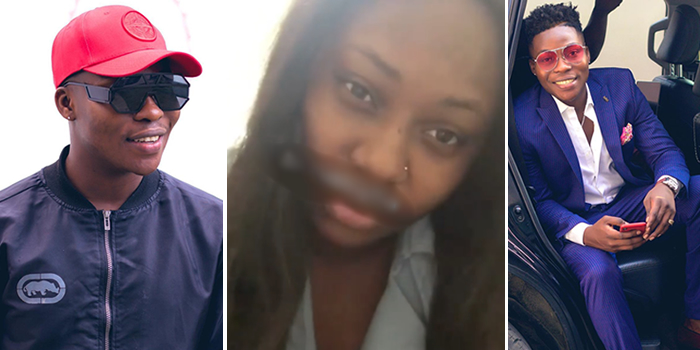 Reekado Banks called out by a lady for alleged fraud

A lady with her name yet to be known has called out Reekado Banks in a video clip, sobbing saying he swindled and ripped off her a huge sum of money.

The lady revealed she and Reekado Banks dated even before he hit the limelight during that period Reekado collected her huge amounts of money which she now wants to collect now.

The lady revealed some texts on her phone as well as played some records that back up her claim.

Nigerian lady calls out #ReekadoBanks for allegedly dumping her. [Swipe]