Policemen detailed to the collation centre of the Independent National Electoral Commission (INEC) in Port Harcourt, the Rivers State capital, have clashed with soldiers at the office.

The incident followed an argument between both parties over who should be in charge of security at the office, where the results of Saturday’s governorship election is being collated for the final announcement.

The soldiers were said to have asked the policemen to leave the premises, but the policemen later returned to the centre and insisted on taking charge of security there.

In the process, tear gas canisters were shot, causing panic among the INEC officials, party agents, and journalists, as well as election observers who were gathered there for the announcement of the results. 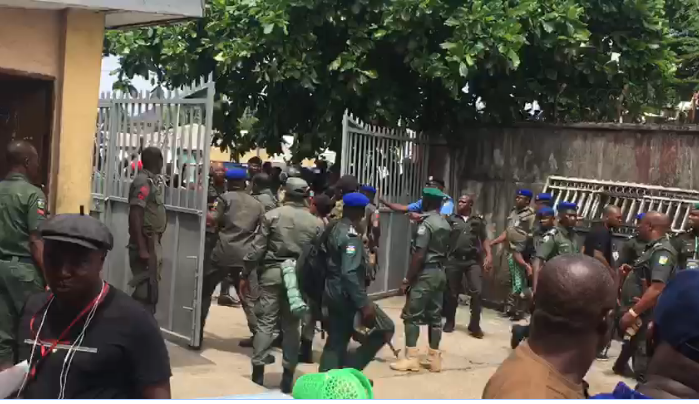 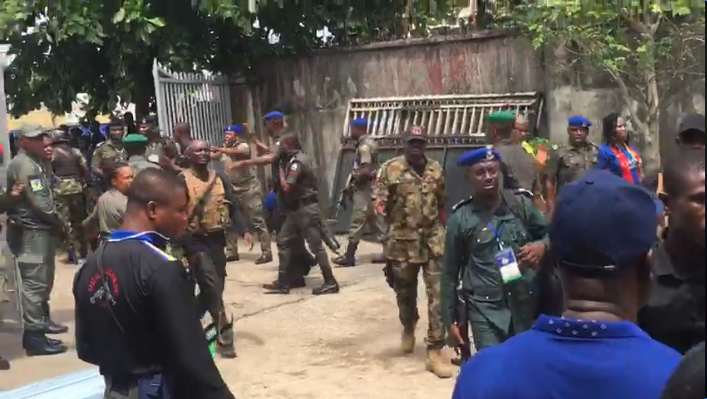 Some journalists were also alleged to have been manhandled by the security agents.

Watch the video of the incident below.

Soldiers And Police Clash At INEC Headquarters In Rivers State 😲

Being sexy means a lot to me – Inem Peter

Seyi Shay finally reveals when she will get married