During an interview with Bolanle Olukanni, host of the Juice on Ndani TV, Iyanya spoke on his fallout with his former friend and boss, Ubi Franklin before moving to Don Jazzy‘s Mavin records.

During the interview, he claimed Don Jazzy gave him life after he and Ubi Franklin fell apart and also disclosed that he didn’t sell his share when he left the label.

When asked what led to his departure from Made Men Music MMM, Iyanya said

When I said it was darkness, I was not myself anymore because I felt like there was no trust anymore. Because at the time I was singing I co-owned Made Men with Ubi but I later realized that my name was not in any of the forms I signed and I was broken and that was the beginning of me just saying to hell with everything” he said

The ”Your waist” crooner went on to reveal how Don Jazzy brought him into his record label, Mavin, immediately he left Ubi’s Made Men Music

“Mavin was … shout out to Jazzy… Jazzy gave me that platform to put music out because I left Made Men and I didn’t want anything from Made Men, so Jazzy just said look, man, you’ve built something over the years and starting all over is not going to be as easy as you think, so just put out music from here and work on something. So people really thought I signed to Mavin but it wasn’t like a legal signing, it was just love. And then Temple Music came, when Temple music came, I love the vision, I love the dream and I was like Okay, let me try this, and that was when I released “Up To Something,” “Hold On,” I mean,“Good Vibes. And after that, it was time for me to move, because I felt like I got to the point where I have to put out my own thing, have my own family, have my own team”.

Iyanya added that joining Don Jazzy’s record was a healing point for him after Ubi ”betrayed” him.

“That was healing for me, that was the best time of whole situation I was in, that was the best moment because Jazzy just opened his family and said look, you’re one of us and everybody just showed me that love coz it came from Jazzy. So from Jazzy to Tiwa, to Baby Fresh to everybody, it was just love and that really gave me life because, to be honest with you, I was broken. Like I was broken!” he said

Now Ubi Franklin has taken to his Instagram page to respond to Iyanya’s claims.

He shared a series of paper documents and conversation between himself and Iyanya, saying they are proof Iyanya lied to the world to make himself look good.

Ubi also revealed that he’ll be addressing the issue in an interview in one hour time.

Read what he wrote and see the document he shared below.

‘It’s very unfortunate that A person I took as my brother had to lie to the world to make himself look good.
Always wait for both sides of the story to call people names.
Here is to prove that iyanya Lied to make himself look good.
Exclusive interview dropping in 1hour
I have never fought anyone I have worked with, dated or married publicly and I swore never to do that.
We try to settle things in house and if that can’t happen we call on elders to mediate, it has always worked. 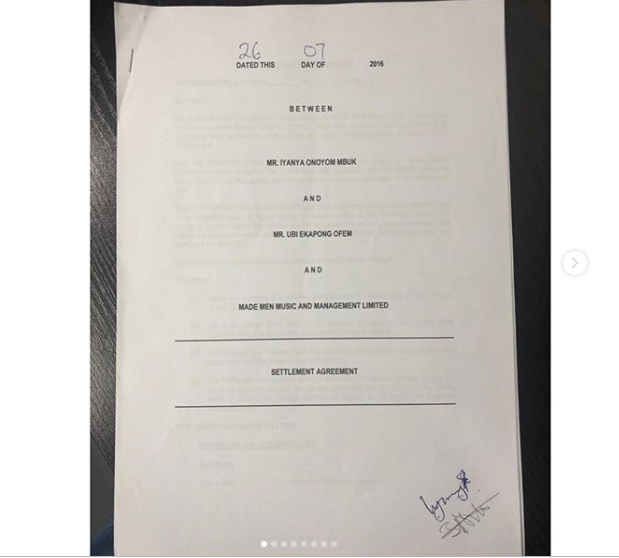 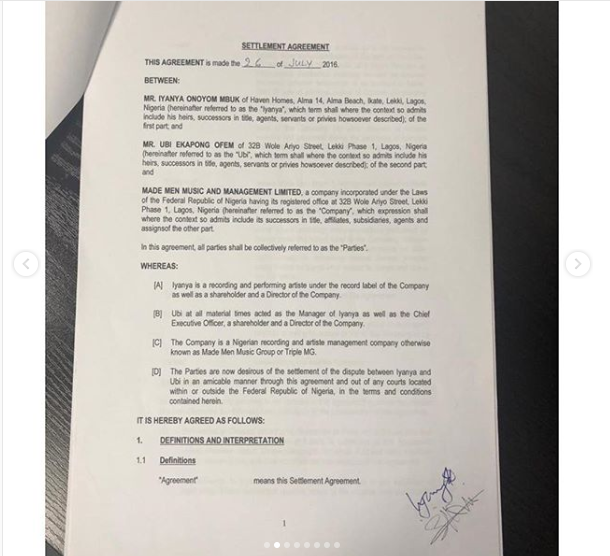 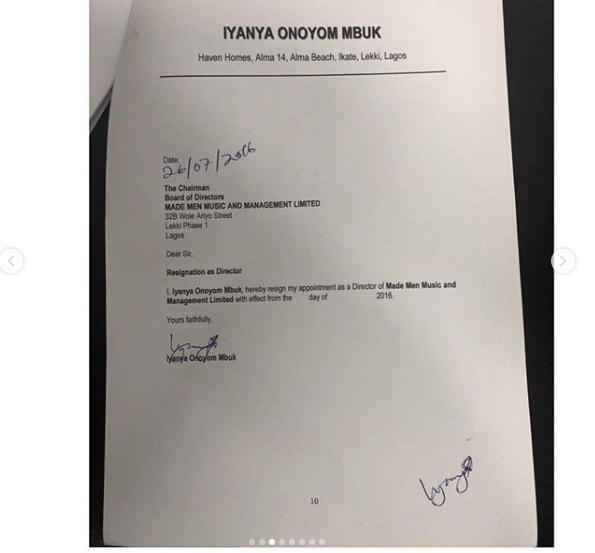 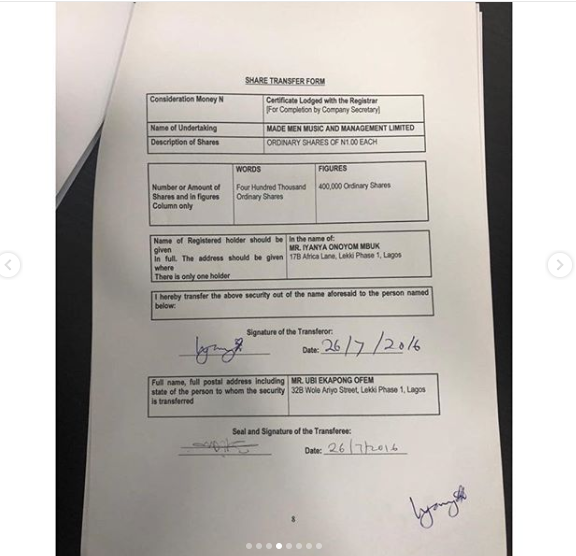 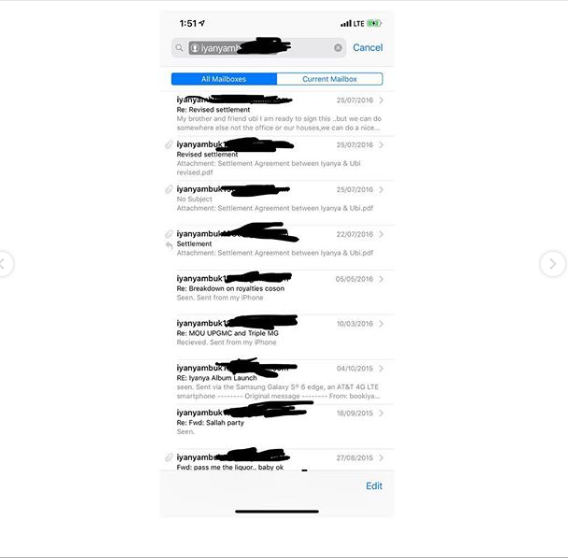 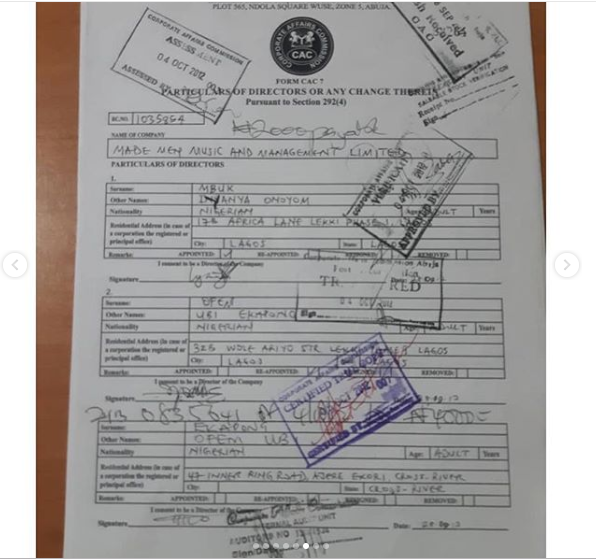 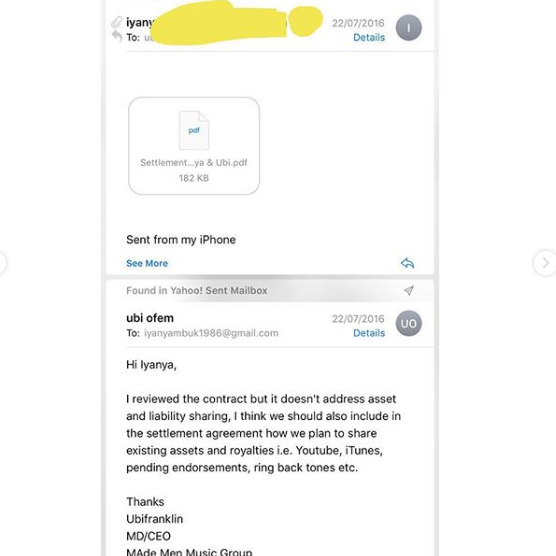 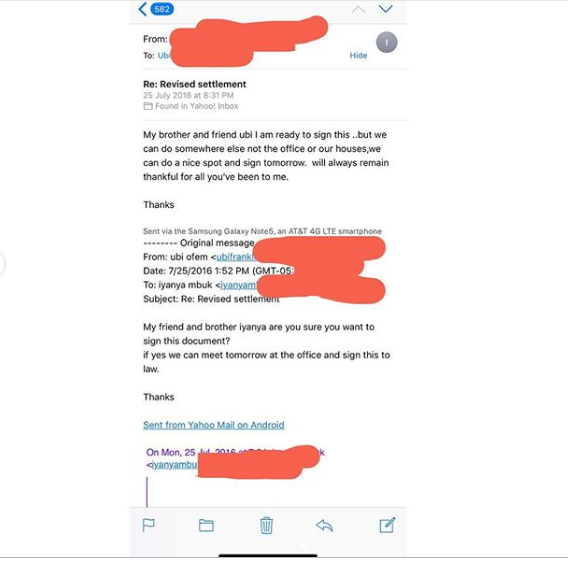