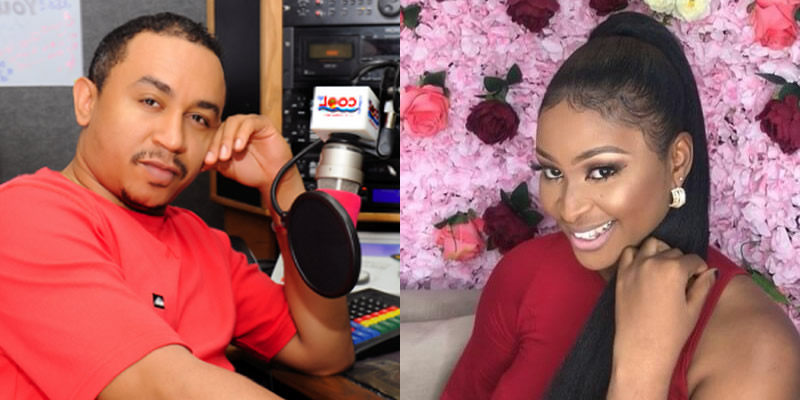 ‘Etinosa is a good person, Instead of blaming her, I’d rather blame myself’ – Daddy Freeze

Broadcaster and leader of ‘Free The Sheeple’ movement, Daddy Freeze has spoken on the trending story of actress, Etinosa going nude on Instagram.

Daddy Freeze acknowledges that Etinosa is a member of the ”#Free Nation research team” and he should have been there for her more.

He also said she’s a good person and Instead of blaming her, he’d rather blame himself.

Etinosa is not just someone I know in the industry, she is someone close to me, a member of the #FreeNation research team.

Instead of blaming her, I’d rather blame myself. Maybe I should have spent more time with her, talked to her more, been there more; especially since I know what she went through in her abusive relationship, but my schedule (which is no excuse), got in the way.

I do not, and the Free Nation in Christ does not support last night’s incident, which could be described as mild debauchery. However, I believe that with love and proper counseling, we can rise above this.

The Free Nation shouldn’t carry the blame though, if the Pentecostal church hadn’t failed us all the way it has, she won’t be with us in the first place, considering the fact that she attended Covenant University, which mandated the attendance of their church.

I would love to blame MC Galaxy, rather, I’d blame the fickle and transient entertainment industry, where likes, views and internet traffic have overtaken the zeal for decency.

Etinosa is a good person, I see through this facade, and I believe with love, she would be fine. ~FRZ