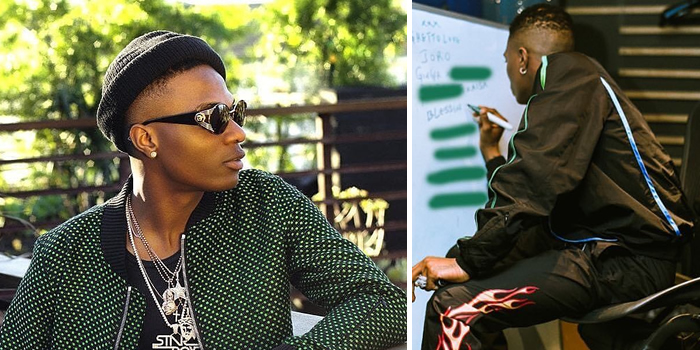 Wizkid has just dropped an exclusive snippet of his upcoming album, and it includes the teaser of a song with Teni.

Many fans can’t wait for Wizkid’s upcoming album, after his highly anticipated ‘Made In Lagos’ project was never released.

The popular singer – who had a great 2018 – hinted his fans of a new album after he announced that he will be taking a break at the start of the year to return with new music in March.

Wizkid has now taken to his Instagram page to share snippets of songs expected to be on the upcoming project.

He shared the snippets in a live interaction with his Instagram followers that had over 11,000 viewers at some point.

Producers and guest collaborators on the new album who got shout out from the Star Boy include STG, DJ Consequence, Chinko Ekun, Burna Boy, Shaydee, Dandy and Teni who he featured on a song believed to be titled ‘Pansa.’

Speaking on the new album, he said;

‘This next album that I am working on is on some genius isht… Big Shout out to everyone who supported me… 2019 just dey start, so you guys tell me what you think about the song,”

he said at the end of one of the songs.’

He however did not confirm an official release date of title for the new album.

This track is definitely a special one for Wizkid to make a whole live video just for fans to feel the snippet. Drop a 🔥 emoji if you can't wait. 👇🏾 . #BweTv #BweCeleb #Wizkid